The two BORING months with HPRs.

For us with working pointers, May and June are boring!! They are the only two months where we must truly keep our dogs off the moor so we don’t disturb the nesting birds. Already in July we can start looking at the broods and start to find out how the nesting season has been, but for now, the only ”job” is to train for the working tests. These are mainly about retrieving, both on dummies, which the dog has seen, and dummies that are hidden (the ‘blind’ retrieves). The latter are the most interesting as we place the dummies somewhere out of sight from the dog (I leave the dogs in the car while I put the dummies out as I have blocked the windows).

So for example, I put a dummy out on the other side of the river and then go and get the dogs. I still take Tippex out a bit, but as I am entering a working test competition at the end of the month, I mainly train Alice and Gollum. Here is Alice swimming out across the river. Once she is on the other side, she will take directions to the dummy and return triumphantly with the retrieve. 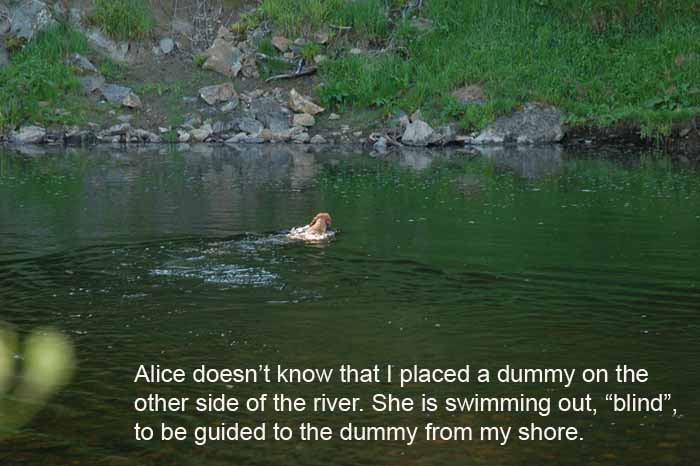 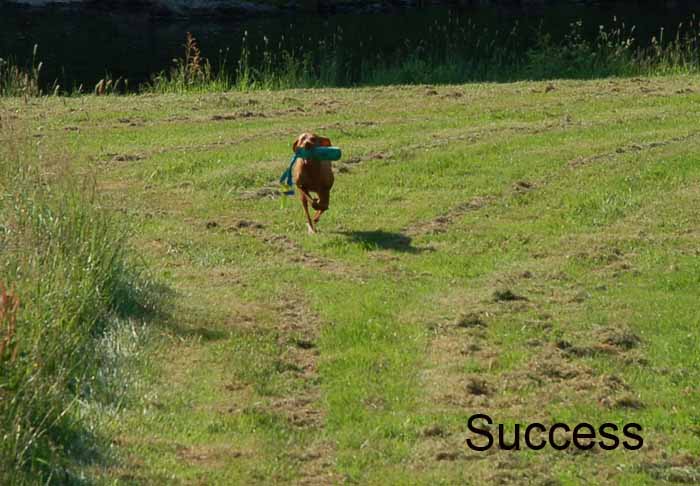 In theory the HPRs should be able to do as complicated retrieves as is expected of a Labrador. Well, there are some spectacular Labradors around and I will reserve the judgement on that. However, the best Labrador retrieves certainly work as a role model for me to strive for. When I train for the retrieving it is important to make everything as difficult as possible, within the individual dog’s ability. Across water is always challenging. Even getting the dog used to enter and exit the water in difficult places is worth doing. 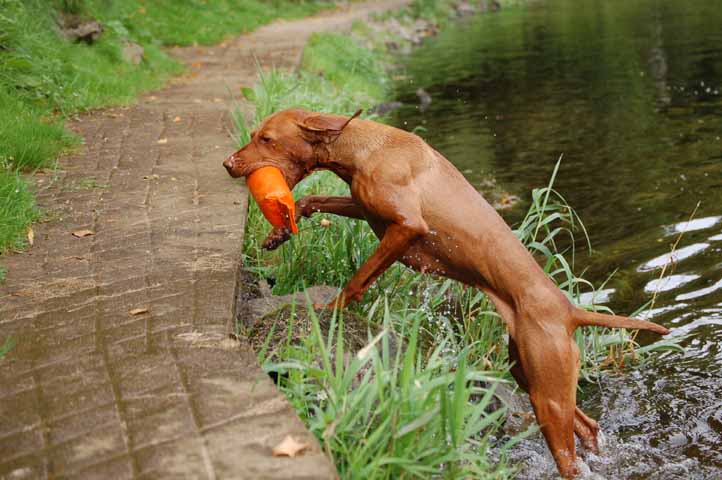 Today I found a field with really tall, thick grass. I placed the dummies and sent the dogs. This is where you might even lose a dummy if the dog fails to find it…. that’s why I have long strips of ribbon on. You send the dog in the right direction and guide him towards the place you know the dummy is. Then he has to use his nose to locate the exact spot where it is and then bring it back to hand. 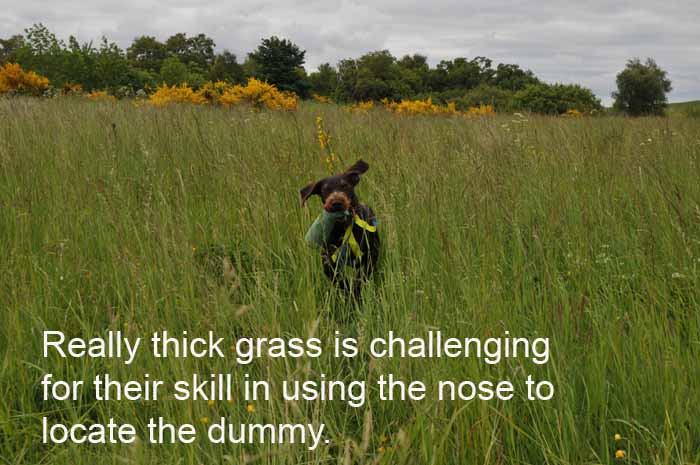 I have had Tippex out a bit as well, but she is not going to be my picking up dog this year as, although she is FANTASTIC at the hunting and pointing, she is a little hard on the birds as she picks them up (read: flattens them!!!). 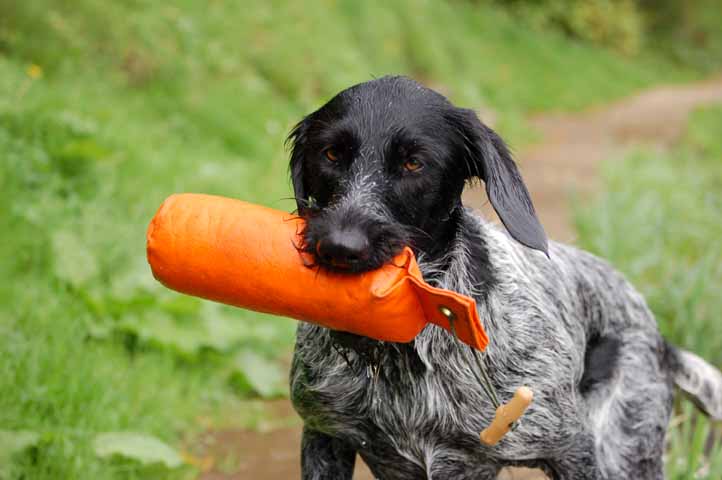 The GOOD NEWS ABOUT MAY is the roe shooting, which means that my dear friend, Calvert, lets me have some carcasses and the dogs feast on roe. They sleep in the house and for the first couple of nights, oh, the farts….. but it’s good for them. 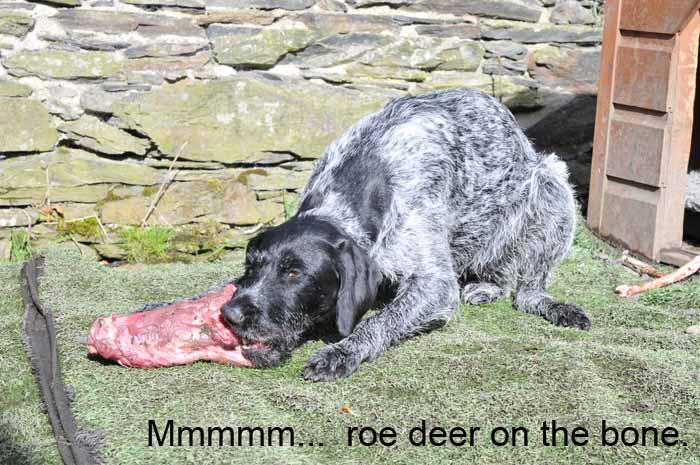 Fingers crossed, I will be able to go OK with the dogs at the competition on 29th May. It’s always a nice, social event and a chance to meet everyone else with HPRs.