Atlas being picked up:

In a previous blog I described how I had found out that one of the puppies in Gaia’s litter (the one Pontus came from) had been neglected. It was two years since I sold Atlas, a male puppy, to a nice chap, who was very excited about getting this great pedigree dog. My main occupation is to run the Tuffies dog bed company and to design and overlook the production of, what is in our opinion  the best dog beds on earth, but when my Gaia, German Wirehaired Pointer, had a carefully planned litter I did not feel it was appropriate to “police” how the pups were getting on after they had been placed in their new homes. Of course the puppy buyers were carefully vetted and I was very excited that Atlas was going to a person, who intended to use him as a working dog for stalking.

However, I got news that after two years the owner wanted to “get rid” of the dog. I went to visit and found this poor dog sitting in an exposed kennel away from the house with nothing but a wooden box to sleep in. I was frankly shocked to see that there was not even a simple kennel dog bed available for him. We, at Tuffies, produce the ideal kennel beds and we can make bespoke dog beds to fit any odd shape or space possible. There is really no excuse for not providing good bedding to a dog, especially to a kennelled dog where there is no heating.

Atlas had been fed the absolute cheapest dry dog food. It was a real eye opener for me to see how bad diet and living conditions is visible on even an otherwise healthy and young dog. At two years old Atlas was very overweight and his coat was a mess. He was literally orange in colour!

Fortunately the owner was perfectly reasonable when I said I wanted Atlas back. I collected him and I also got the pedigree and ownership form from the Kennel Club. He was now back in my home and I was looking forward to making him happy. On the way home I didn’t drive, but instead I sat in the back of the truck with him so we could bond. He had hardly been in a car before (apart from the vaccination trips to the vet two years previously as a puppy) and he was terrified of everything. When we got out I wanted to walk him the last bit and to meet my own three dogs (including his mother and brother) on neutral ground. We did that with success, but Atlas was scared of everything from road signs to the white lines on the road……

What is a Good Dog Bed?

He was introduced to our house and he hardly slept for the first 48 hours. He was panting and staying awake. The other dogs were very interested and the whole dynamic in my little pack had been upset, but that was nothing compared to how upset Atlas was.

He was glued to me and I remember seeing him sitting beside me in the evening, just keeping an eye on me (he would follow me around as soon as I moved). He didn’t know what to do with a soft, luxury dog bed and I had to gently place him in it because he wouldn’t naturally go in it to sleep or lie down. While he sat beside me looking at me, he fell asleep and collapsed. Just as well he was sitting in a Tuffies nest, so he didn’t hurt himself when his eyes simply closed and he dropped. It just looked really funny.

What a Difference Four Months Made.

I didn’t have time or space to have a fourth dog. I was busy training Pontus and I would not do either of the two brothers justice if I kept Atlas too. But I set out preparing him for his forever-home. He was not able to eat anything larger than the size of a piece of dried dog food. He didn’t even know what other things were. If he got a piece of cheese or tripe or a boiled egg, it just got lost in his mouth and fell out. It was a question of training and practicing eating good food for weeks. He finally got the taste for real food and after a few months he was able to eat anything and would devour a large chunk of tripe in the proper manner by putting a paw on it and tearing at it.

Walking him every day and even teaching him to run with the bike happened gradually. It was astonishing how even running was a bit alien to him.

Here he is before and after:

A friend of mine suggested putting this gorgeous dog out on carefully selected Facebook pages. Along came two local people to look at Atlas. The first one was very interested and we took a walk with Atlas. She liked him, she said, but clearly just didn’t click with this dog and thankfully she contacted me the next day to say this was not for her.

Then Lisa came along. She has a young son, Jack, and they took Atlas for a little walk too. After thinking this over for 24 hours, Lisa said she would like to take Atlas. A few things had to be put in place for his arrival and Lisa came to get him. I think it was quite clear that a bond was formed from the start and despite a lump in my throat, I was so glad to see him drive away in her car.

His New Home exceeded all Expectations.

Lisa has been fabulous keeping in touch about Atlas coming in to their lives. Lisa’s partner, I think was a little neutral about having this big hairy thing of a dog coming in to their home, but of course Atlas won him over in no time.

It was not without problems in the beginning as Atlas had clear fears about being left alone. I had not quite managed to work on that in the four months I had him, but Lisa’s patience paid off and she trained him carefully to be ok with being left at home for a few hours at a time.

Atlas now does all Sorts of Activities. He is Jack’s best buddy and a fantastic family pet.

Here is what Lisa wrote:

Hi Luise
So sorry its taken all this time to get back to you today, work has been busy and our dog walker left for Dubai so i’m walking Atlas on my lunch as well as before and after work hahaha its all go.  I changed my working hours and so i only work while jack is a school now but i still like for Atlas to be walked at lunch time.
Things Atlas like to do;
Steals anything from the work surfaces in the kitchen if left unattended
If he is in a grump he will pull everything off the counter in the kitchen… including the toaster!
Hates it when you spend too much time on your phone and flicks it out of your hand.
Personal space …. what is that? haha
Loves nothing more than a snuggle on the sofa after his morning walk.
Loves his young human friend Jack and often find them chilling on Jacks bed together
His favourite thing to do is chase birds …. especially ones that are still airborne haha!
He loves to swim with his best friend Orio
Atlas would spend all day in the boot of his car, he loves it and has to be coaxed out most times.
Loves his raw diet – we get our raw meat, bones and various other ‘yuck’ things from the Raw Factory, the butcher or from people who butcher road kill especially for dogs but he especially loves a raw egg which is very delicately breaks open an eats the egg from the inside. I know that whole prey is not a favoured diet for these Hunting dogs but since Atlas is now a pet we didn’t see the harm and he is thriving on it.  Although Atlas tried very hard to catch his own prey at times he has never actually succeeded, I very regularly receive dead presents however we know that these are finds rather than catches.
Atlas isn’t very interested in dogs toys, he does however love to steel any furry toy and remove the stuffing and the squeak in 5 seconds flat.  He also loves to play tug but watch those fingers!
Let me know if you want to know any more.
I can’t seem to do a small list, there is just so much to say about this boy! 🙂
xx 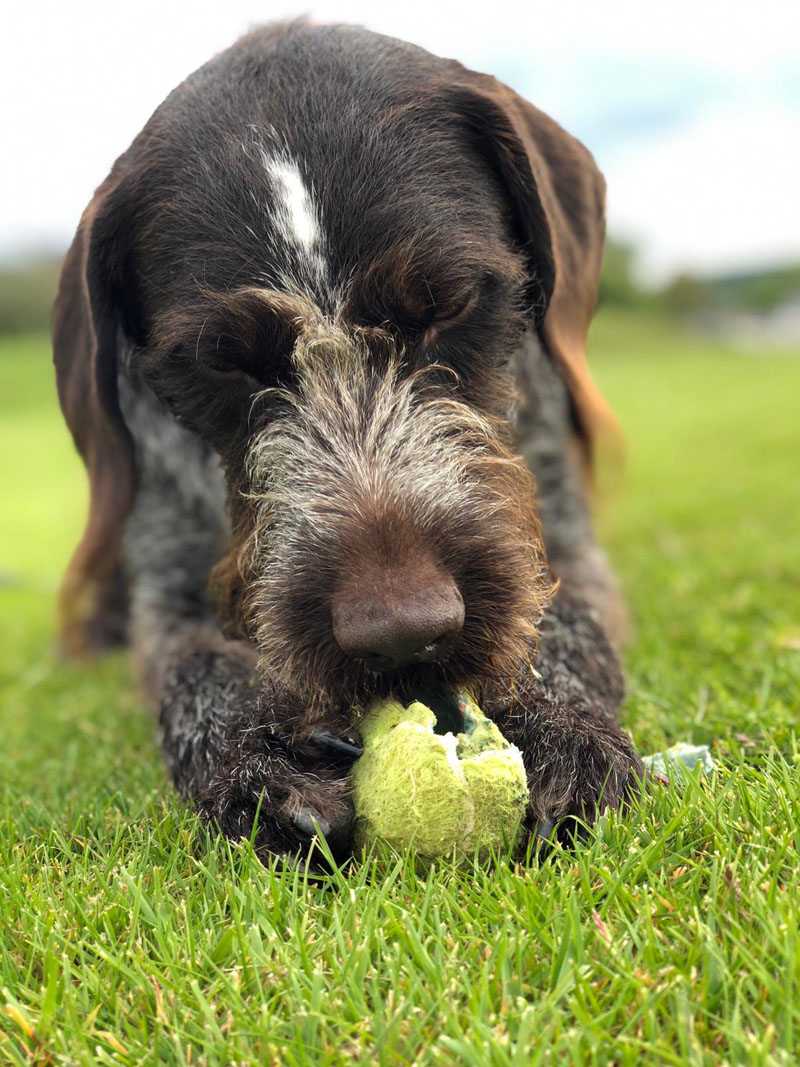 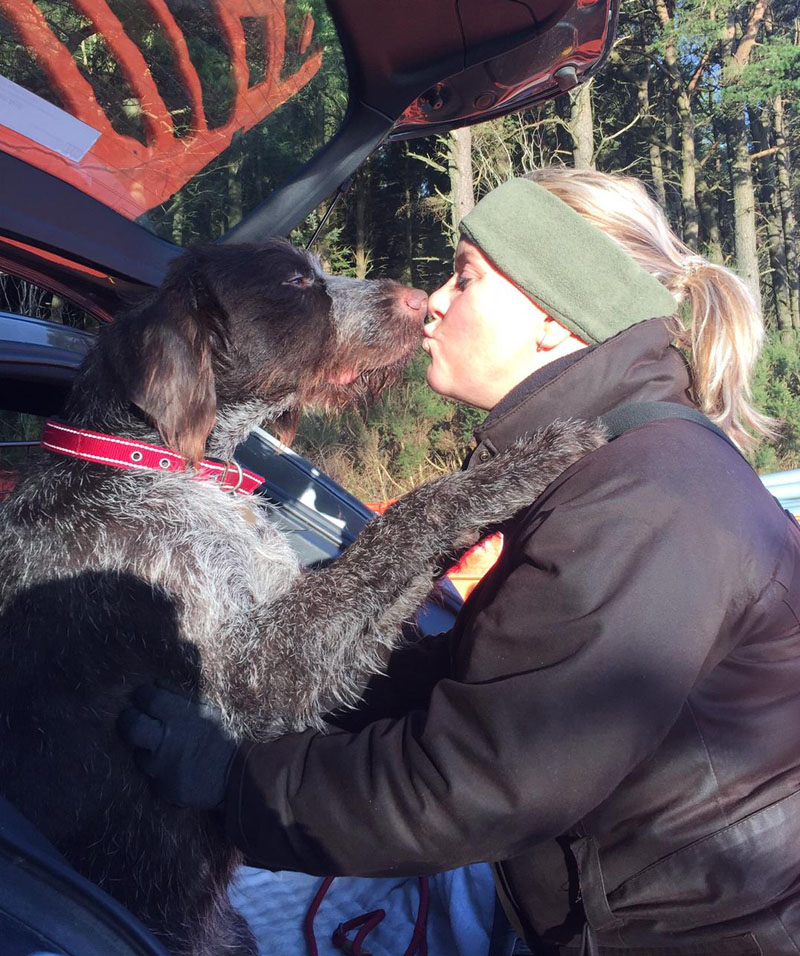 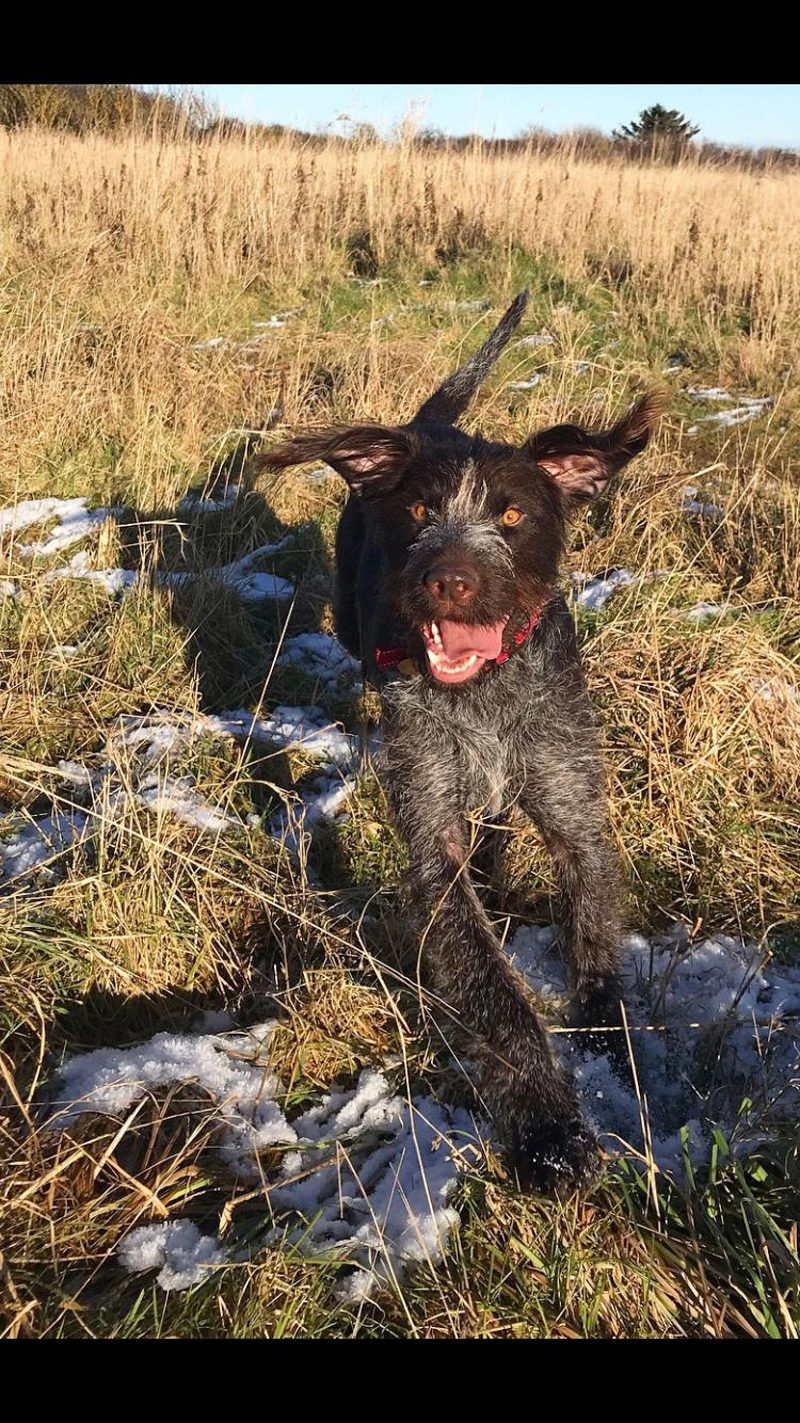 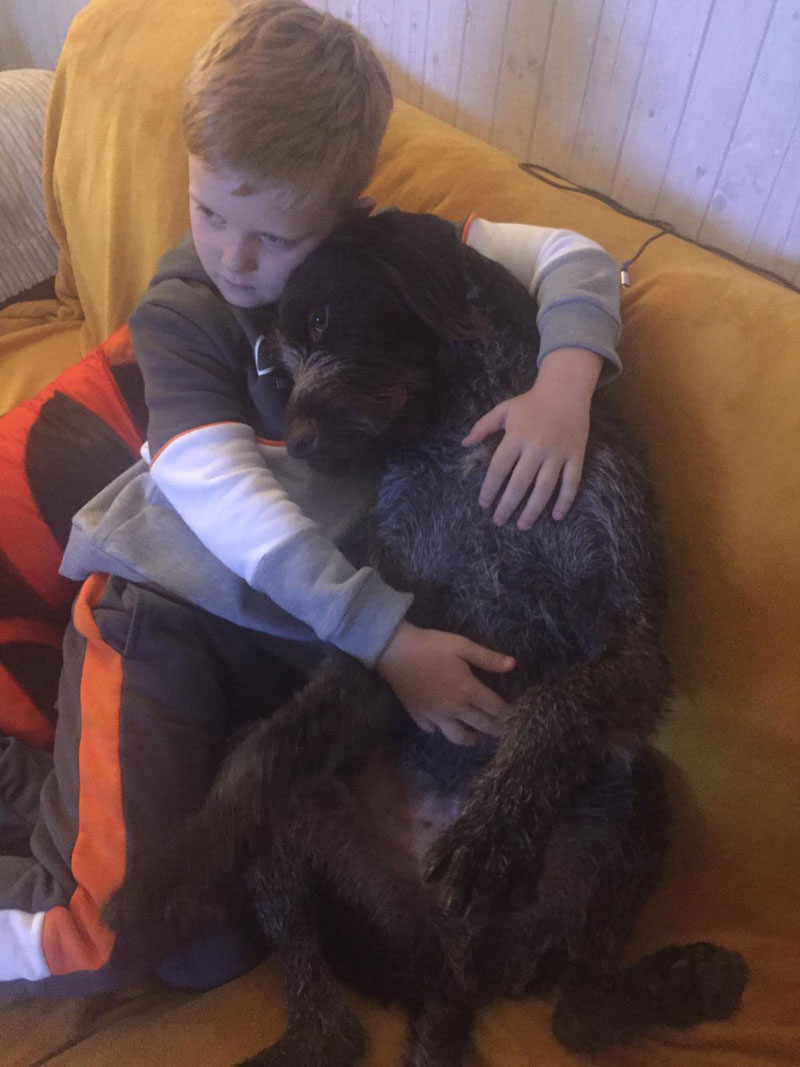 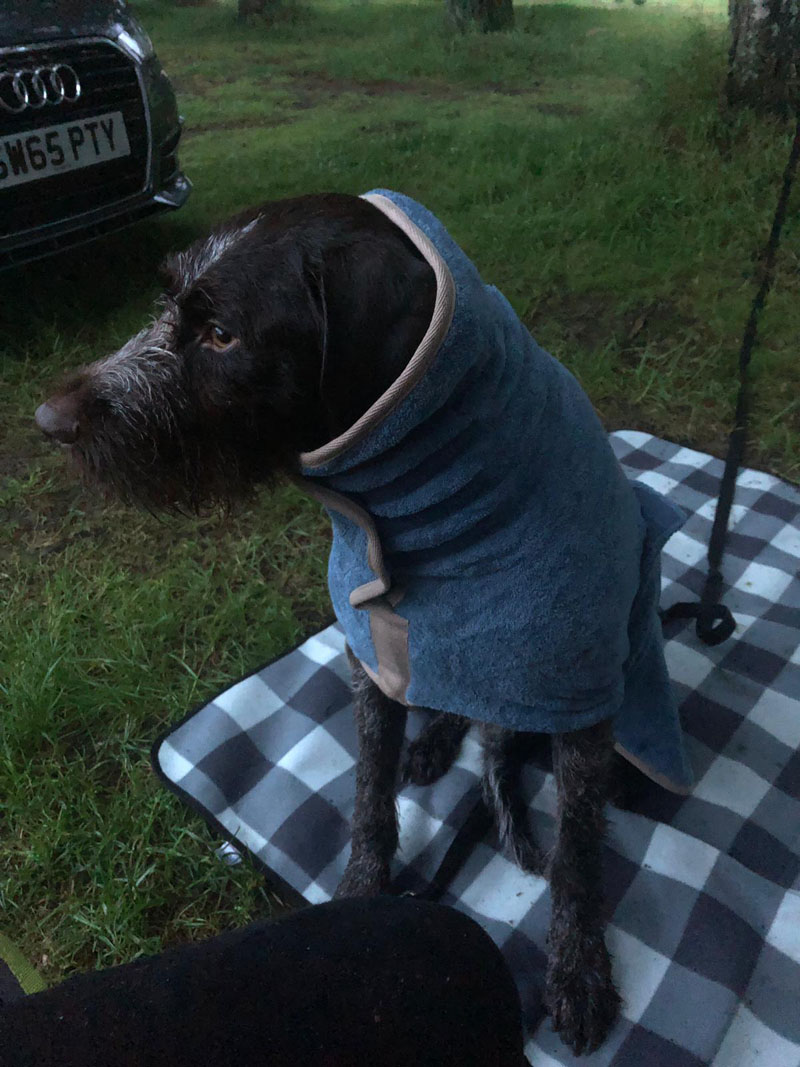 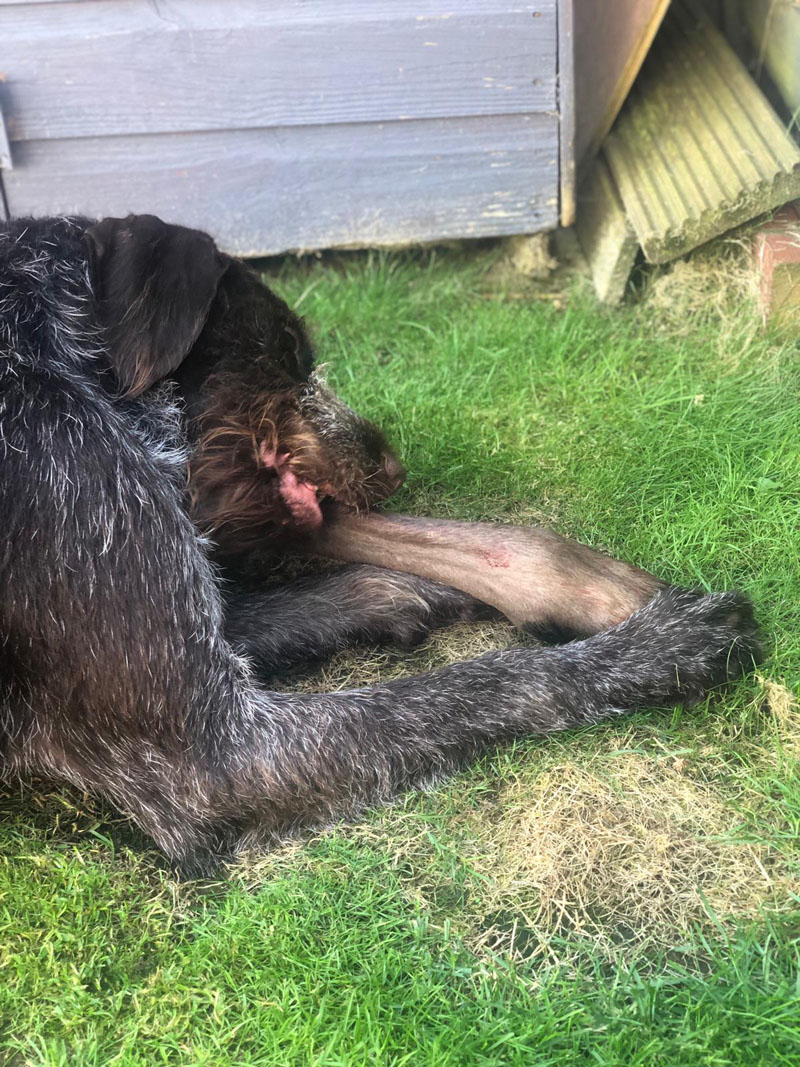