After the many grouse days on the moor, where Gollum did so well, I was confident that he would change seamlessly to hunt and point pheasant, snipe and woodcock. However, he misses half his pheasants and in my snipe bog, he just runs round like a bull in a china shop. It is extremely frustrating.
So I wondered if “Monkey see, Monkey do” would work. I took both Gollum and Tippex out in the bog this morning. I set Gollum off and although he hunts fast and with nice attention to my whereabouts and directions, he kept running straight into the snipe without pointing them.
I then called him in and let Tippex hunt. She doesn’t miss a single bird and each time she went on point, I carefully took Gollum up behind her to back her up. With my insensitive human nose, I can only guess that the scent from this little bird would be wafting into Gollum’s nostrils if he stood right behind Tippex. As soon as he sees Tippex rigid on point, he copies and backs her up. Here, I have just thrown the lead on the ground and you can see that he definitely scents something standing behind Tippex. 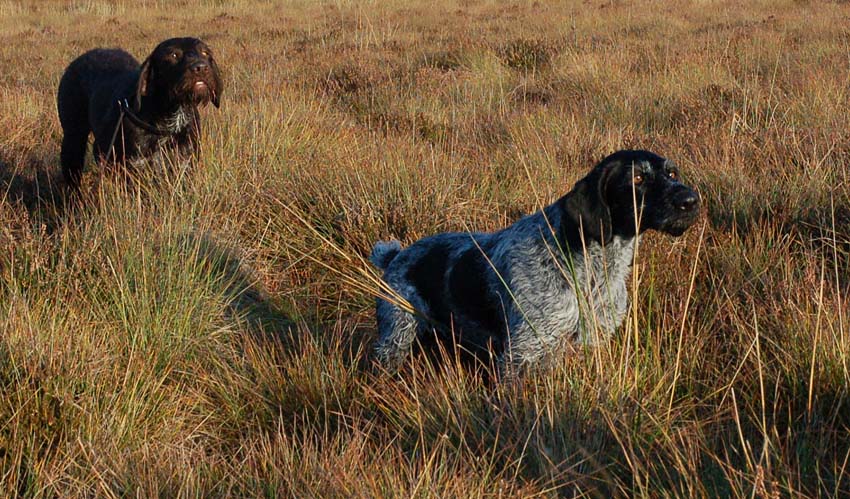 I would say that this seemed to work. I got him to back Tippex a number of times and then I cast him off on his own. A remarkable change in speed for a start: careful hunting and not at his previous, headless 150mph running. There weren’t too many birds in his patch, but thankfully at the very end, he found one little snipe. The point was one of those fast, instant ones, where the dog stops in his tracks. The bird sat just 2 meters from his nose….. As it flushed, I praised and praised him and we both went on to investigate where the bird had been sitting. It was absolutely amazing how he looked at me in utter triumph. The light-bulb moment for Gollum. His whole body wiggling with the wagging tail and if he could grin, he would have.
We walked back on the wind and set off again on a new patch, where Gollum had another two points and didn’t miss anything. Wonderful. 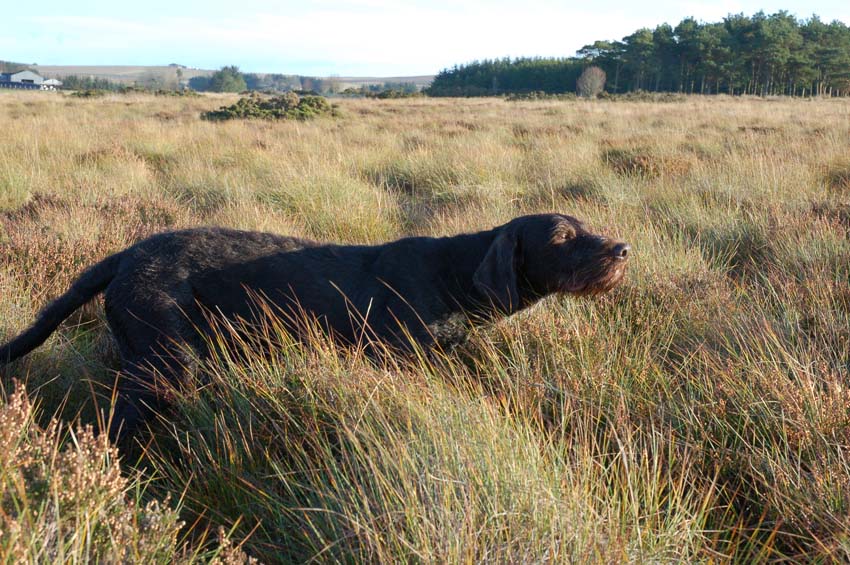 I am realistic enough to know that this was good, BUT there is more work to be done. At least I saw how a dog can indeed learn from another dog, perhaps in some instances better than learning from the handler. As a handler you can only encourage what is naturally there, so when the dog indicates scent of a bird, you can encourage the point and praise pointing, but it would seem that if you have another “expert dog” showing the novice what to do, the penny drops a little quicker.
Tippex is an exciting pointer and you would never be in any doubt whether she is on point or not. Here she is with the delicate scent of snipe in her nostril: 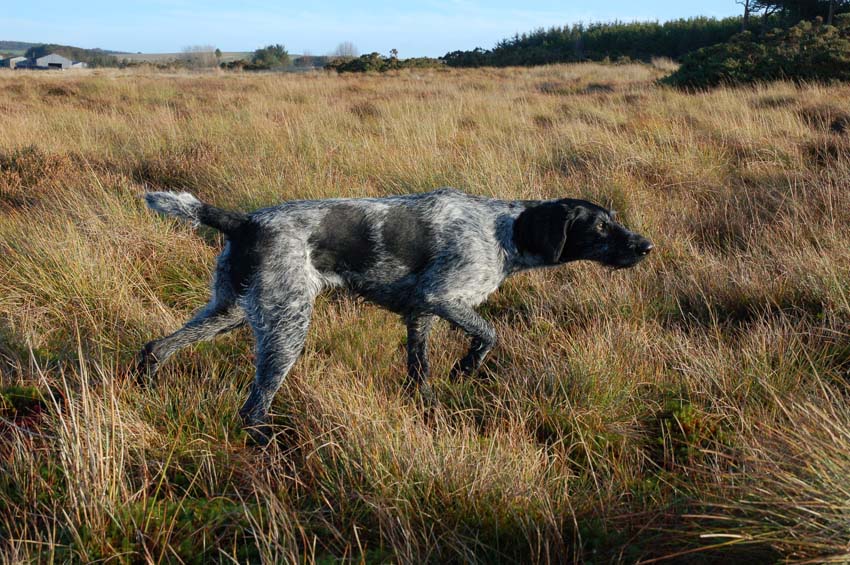 Right now, both the hounds are relaxing, after an exciting morning, on their Tuffies dog beds in our garden kennels.