Now we get it!! First prize in Field Trial.

So, at last, having been to two field trials this winter and seen Gollum being put out for missing the birds, he got a first prize on Saturday at the GSPC Novice Trial at Ashintully. He never missed a thing. He first came on point on a woodcock, which was missed by the guns, then a pheasant, which he retrieved. The judges were happy and I was totally ecstatic that I was in fact still in, not out. Never dreamt of winning!!! They wanted Gollum to run again, but first they wanted to see him retrieve a bird. He had to cross a cattle grid or a fence, but did it all and produced the bird. Then a piece of ground he had to hunt up and had a point of a woodcock and basically he was there.
I am convinced that my own shooting over him has played a large part in getting him to understand what I want and he has now tuned into pheasant, snipe and woodcock instead of only grouse. 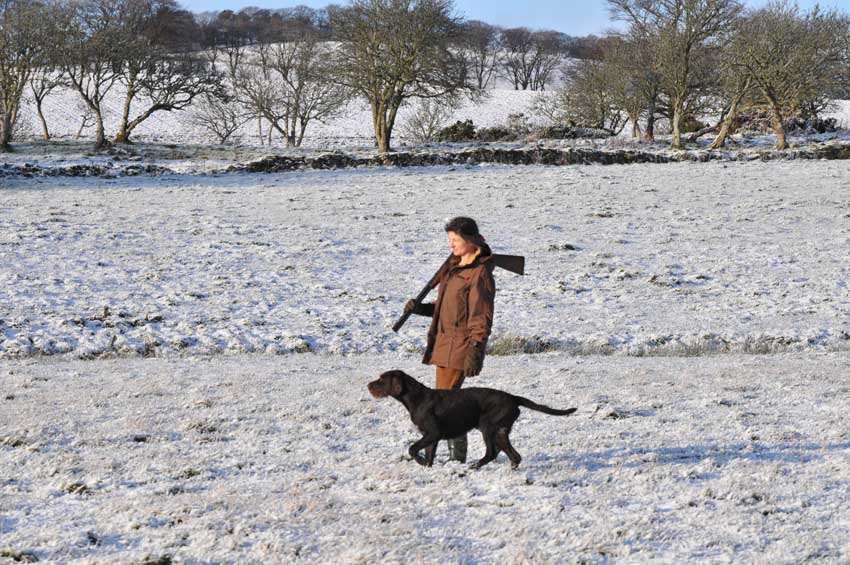 Here he is with the prize. Next hurdle will be the open stakes. Can’t wait. 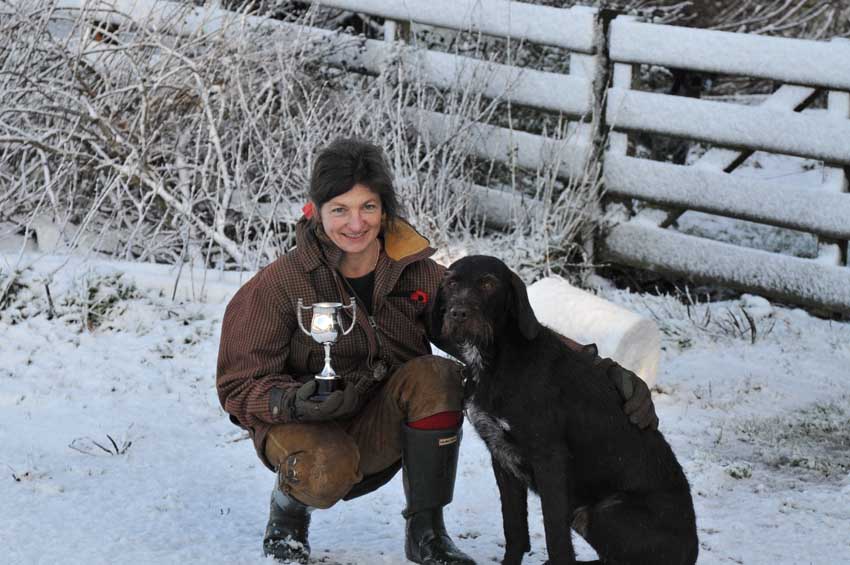 Maybe it’s the good nights sleep on the Tuffies dog beds that has improved matters. They do say that your brain gets sorted during the sleep…. lol!!!