This is now the season where we venture out to see how the grouse has bred over the summer. Unfortunately it has not been great here in Scotland 2017, so this year it is a real treat to be able to hunt the grouse on 12th August as many places have simply cancelled all shooting.  The estates can only shoot what is sustainable, so if there is not enough stock, well then there is no sold days. There will be enough for the limited bags of controlled shooting over pointers, so we will still be busy.

The brood count is great for getting the dogs tuned in to the job and to get everyone fit. This year I have young Pontus to have fun with and it is a delight to see him discover hunting over the moor. 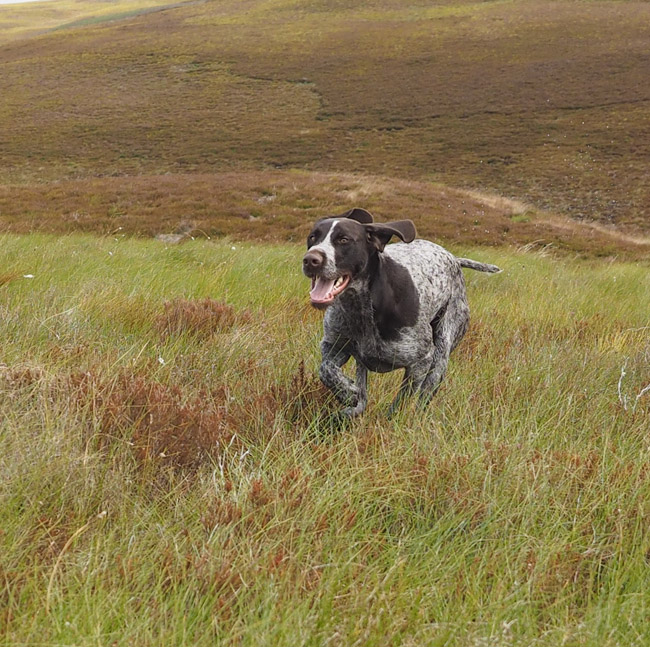 The first time he actually took scent and bore forward to come on point, I had the compos mentis to get my phone out and make a little film. Unfortunately I did not trust his skill and stopped filming before his four birds got up. It was a great moment to see him point and judge the distance (how far to stand back).

In general he runs with his nose nice and high and here he is, stopped with his nose way up to assess the wind for scent. Nice to see. 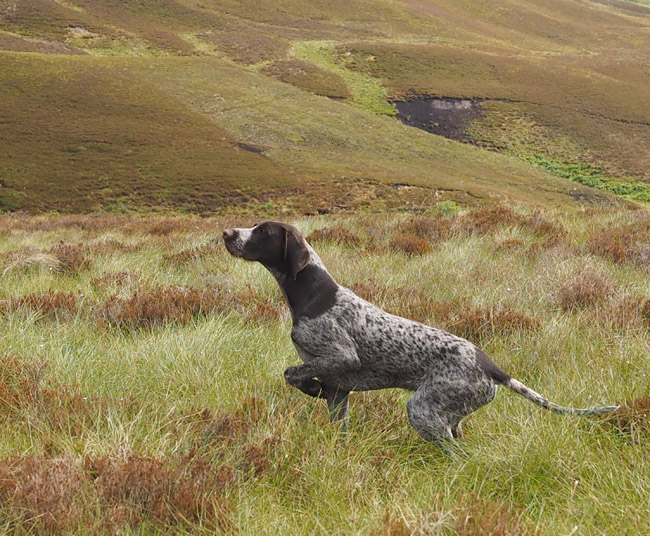 Pontus assessing the scent in the air with his nose up.

Like his mother, he will end up with his ears inside out when he is on point because he has been running the last bit in to the wind raising his nose to catch the scent and thereby flipping his ears out…. 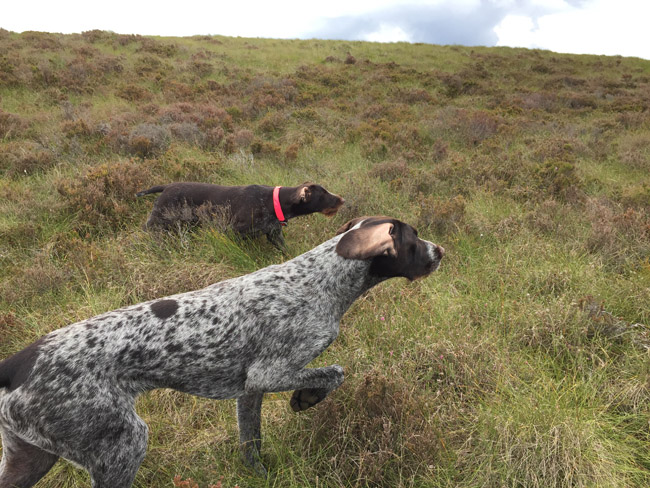 Pontus and Gaia on point with ears turned out. 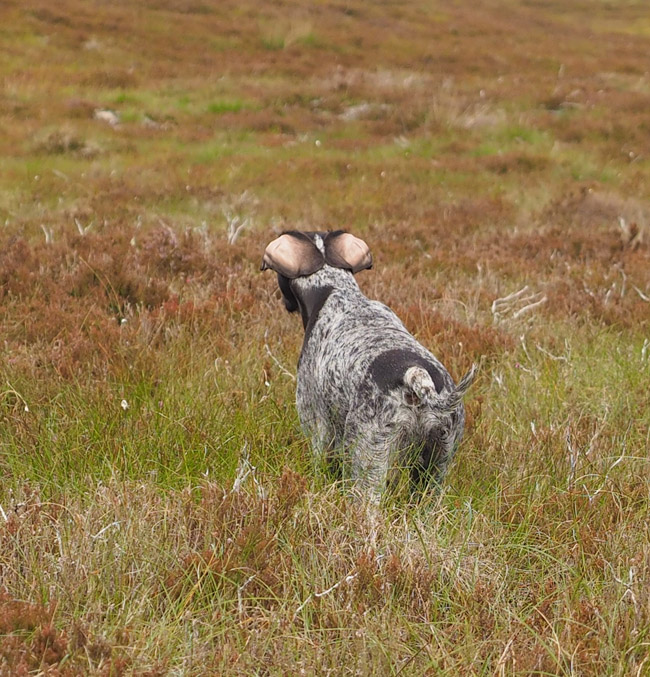 Also on his own do I see him with the ears turned.

It is so nice to be out with the dogs and I can’t help making little films. Here are two of Gaia. She is a little bit sticky in the first film especially, but once the gets the right word, she performs a “positive flush” with a nice steady sit.

And here is a nice little, careful search for one single bird:

Gollum is now 8 years old and very cool at his game. 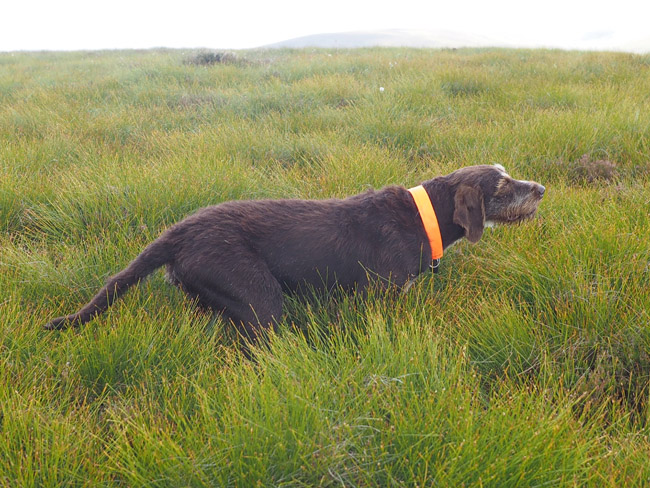 Definitely birds in front of this dog.

With the young dog, hunting the back wind is always a bit of a job to get right. However, with a dog that has the right instinct, there are promising movements at the age of 14 months.

Here is Pontus being sent out on the back wind, going away from me (at a bit of an angle, but still ok): 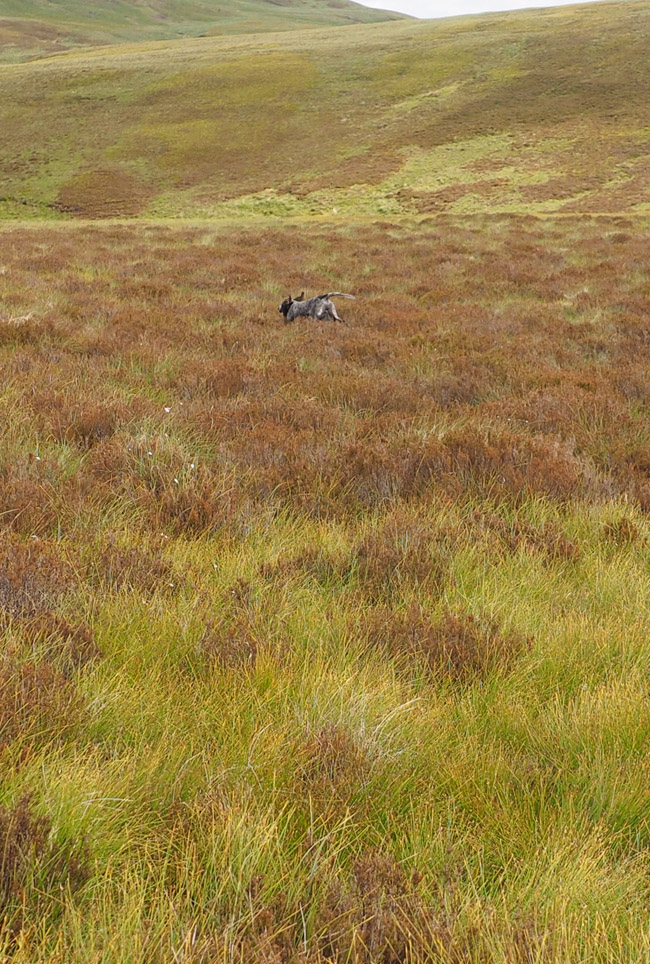 Pontus going away on the back wind.

When the dog has taken a certain bite of the ground, he should hunt that piece back to the handler, zigzagging in to the wind. Pontus shows how it’s done… 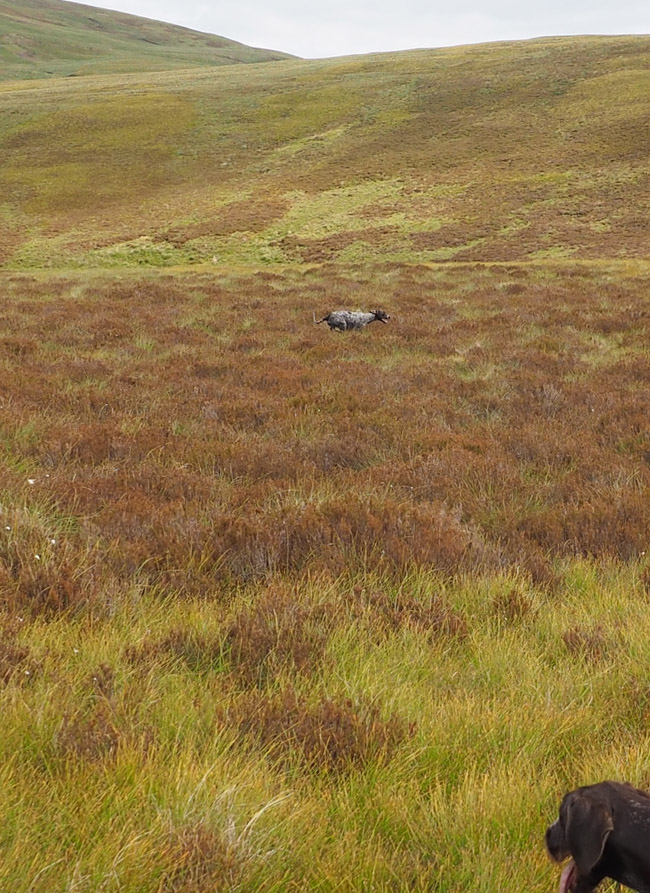 First cast working the wind back to me. 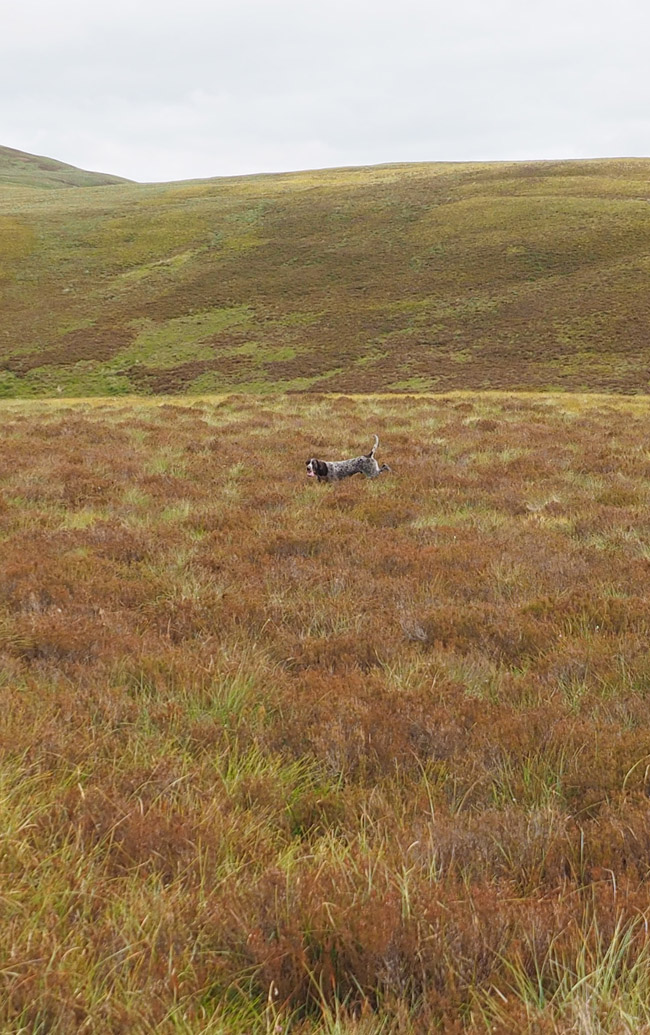 Second cast working back to me (giving me another glance). 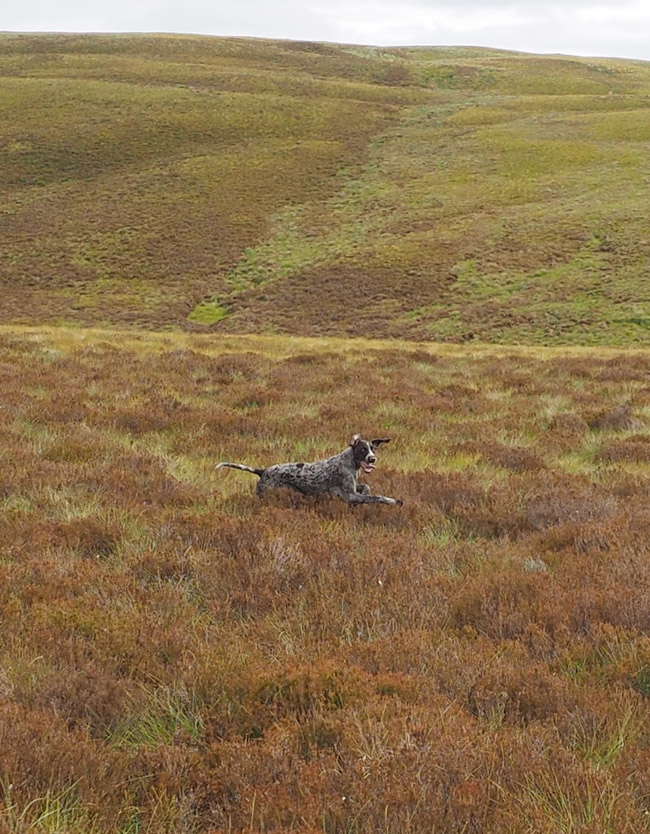 Third cast on the back wind. Very pleased with himself.

Although it would have been tougher to walk all the way, it’s really hard work riding in the Argocat and that shows on Pontus, here trying to balance on the narrow seat. 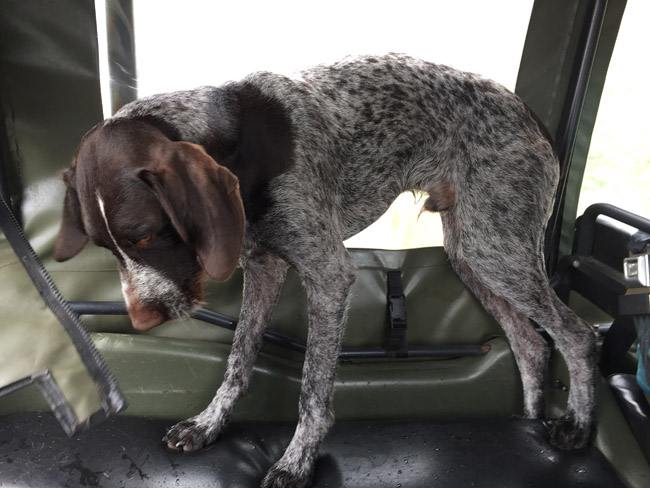 Pontus in the Argo

Great fun to be out all day on the hill and I know that my dogs were sleeping extremely well on their dog beds all night long afterwards.