Well, the season is in full swing and Pontus has been walking with me, taking careful notes of how the other two are doing the job. 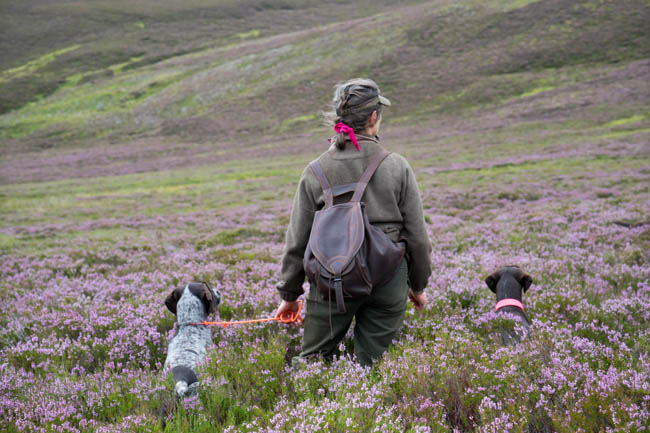 Pontus learning the trade walking on the lead.

Here Gaia has flushed the bird and Pontus is right in the middle of it all, taking it in except he is still just watching Gaia, not following the bird. Pontus is not yet allowed to retrieve, so marking is not high on his agenda. 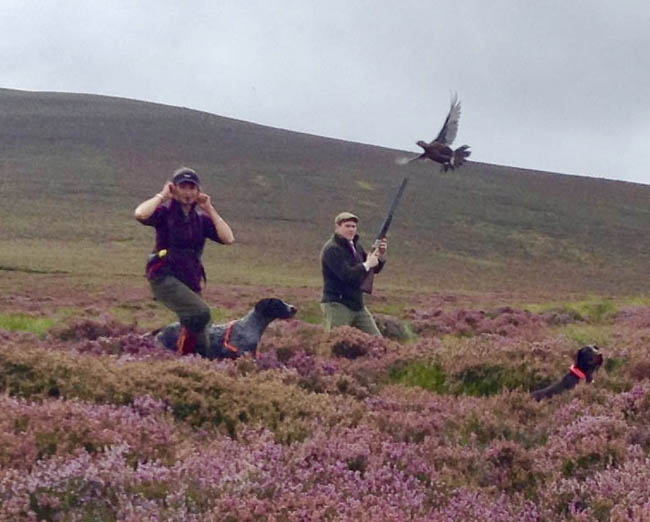 Pontus watching Gaia more than the bird as it flushes.

On the 15th we were out with a friend, Duncan, who also has a GWP and who can shoot well. I took all my three and it was a bit of a gamble to allow Pontus to hunt because he has not quite learned to stop at the right distance from the birds to avoid putting them up prematurely. However, he just did a great little job. He stopped on point and held it. Naughty Gaia took the opportunity to flush, which took my by surprise. Not a good start, but no great harm done, I am sure. 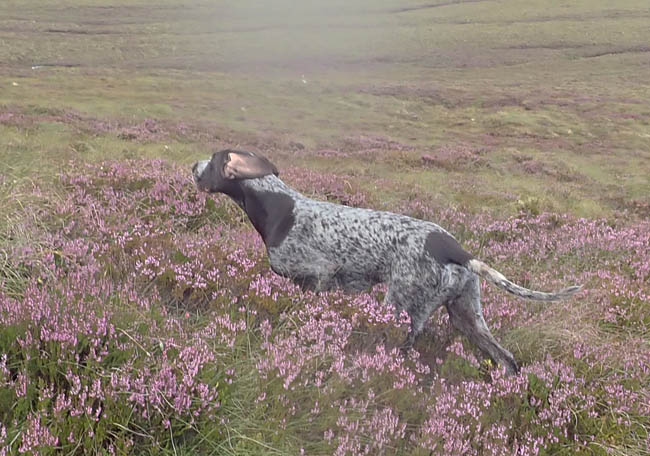 Pontus on point, time to get up to him. 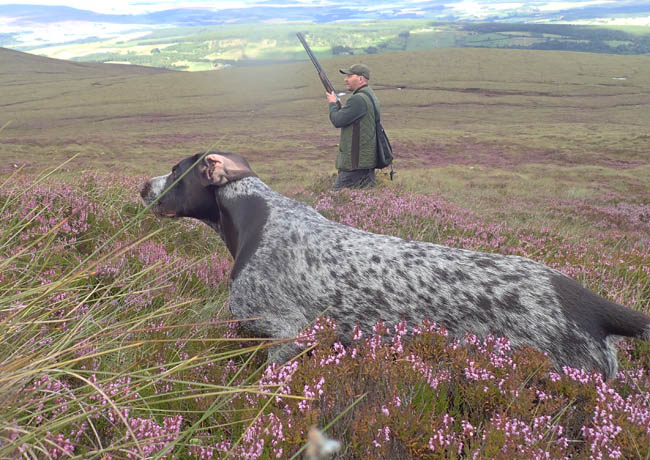 Pontus on point and gun ready.

At the flush and retrieve, there was too much going on to take photos, but I think it is evident that Pontus is enjoying what has just happened. He MUST know that this was his work. I think. 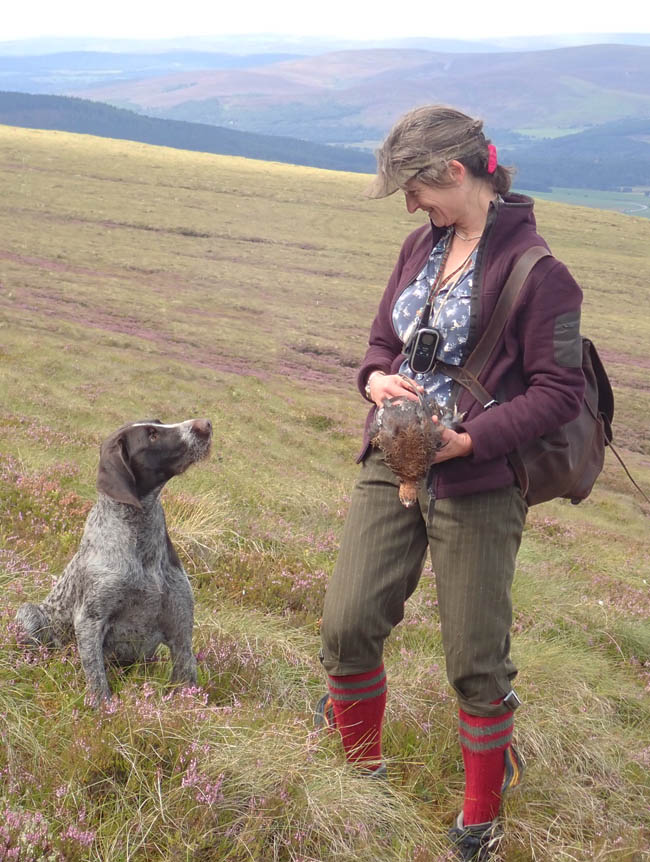 He hunts well and keeps his head high most of the time. He flicks his head up more at the scent of birds, which is why he almost always has one or two ears inside out once he gets on point. 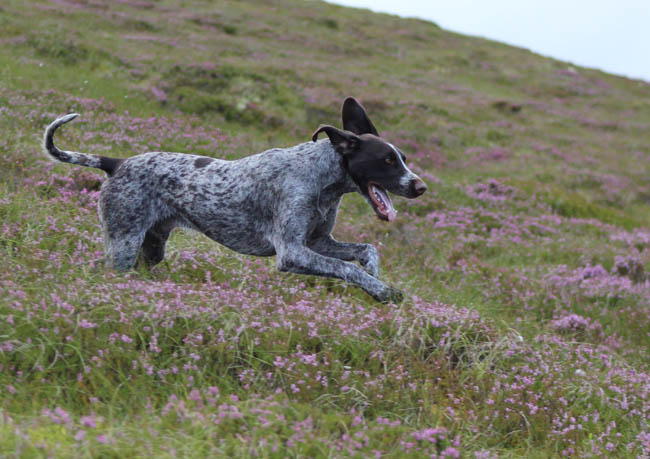 I later got an opportunity to have a very short day with two great friends and I took the gamble only to bring Pontus. It all went well and I made a little film of it all.

Pontus is too young to retrieve, so the ‘keeper’s Labrador does the retrieving. 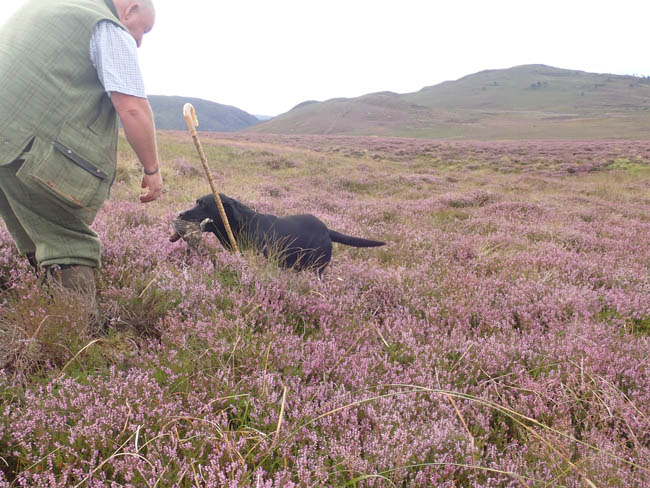 The ‘keeper’s retriever is collecting the birds while Pontus is still young.

Having gained the confidence with Pontus, I worked him further during the week for friends and he did a great job.

Here he is pointing with Norman waiting for the flush. 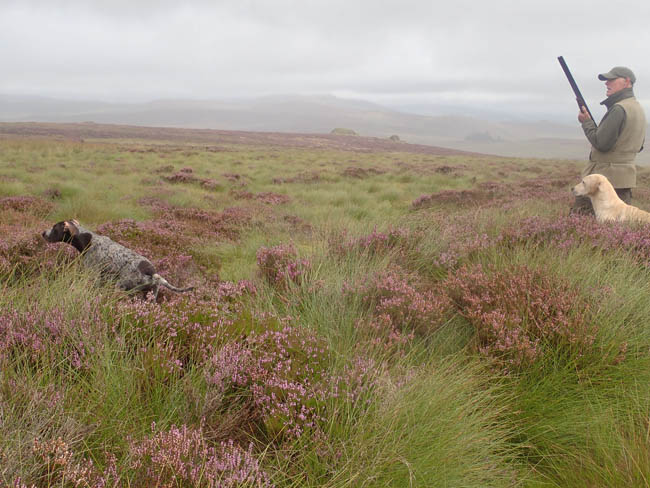 Pontus with birds in the nose. Gun waiting.

The birds more or less flush on their own as he is not yet aware of the right distance to stop on point before the birds will lift. Birds flush and Pontus is a little startled.

Last week the dogs were out six days on the trot. They were tired at the end of it and always sleep soundly on their dog beds in my truck all the way home.