Why do we feel such a close connection with our dogs and how did this relationship between our species begin? Here is a brief history of the alliance between humans and canines which started thousands of years ago between our hunter-gatherer ancestors and the Pleistocene Wolf. No, not this…

It is estimated that wolves were first domesticated about 27,000 – 40,000 years ago. Grey Wolves began travelling with humans and a form of natural selection occurred. The individuals most willing to get close to humans were rewarded with leftover food and were more likely to survive and produce offspring. The oldest known wolf burial is from 14,200 years ago, this was a time before even agriculture so they were effectively hunter-gatherer companions. It’s easy to see why they were the perfect allies – they could hunt, survive on a meat diet and were capable of travelling large distances. In fact, whilst humans required more varied foods groups such as fat in their diet, wolves could survive on lean meat alone which would often be in excess. So the next time your dog starts begging for food by the dinner table, just remember it’s in their DNA! 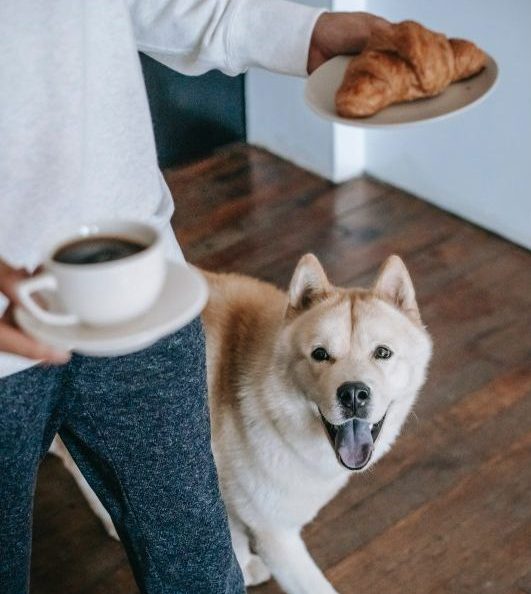 Dog begging for Croissant and Coffee

When human agriculture started roughly 11,000 years ago dogs were selectively bred to meet the changing needs of farmers. On top of hunting, they became herders and guardians of sheep, goats and cattle. Through these channels, communication became more important which enriched the relationship between people and dogs to the point of them being kept as pets as much as anything else. With the success of farming came a change in the consumption of different food groups, and in particular starch in both humans and dogs. This change of diet further genetically separated dogs from wolves as they developed more copies of the gene Amy2B, which helps to digest starch. So too did their appearance change, one of the most noticeable features being the floppy ears of most domesticated dogs. Darwin put this down to “domestication syndrome” and made the point that this was not only true for dogs but a range of domesticated animals. “Not a single domestic animal can be named which has not in some country drooping ears… cats in China, horses in parts of Russia, sheep in Italy and elsewhere, the guinea-pig in Germany, goats and cattle in India, rabbits, pigs and dogs in all long-civilised countries,” he wrote. His reasoning was simple; in the wild having muscular upright ears helps hearing which makes finding prey and avoiding predators easier. This makes staying alive easier which means these ‘upright ear’ genes are passed on more often than ‘non-upright ear’ genes. Eventually in domestic dog life, these genes are no longer advantageous and so phase out. So basically, use it or lose it. 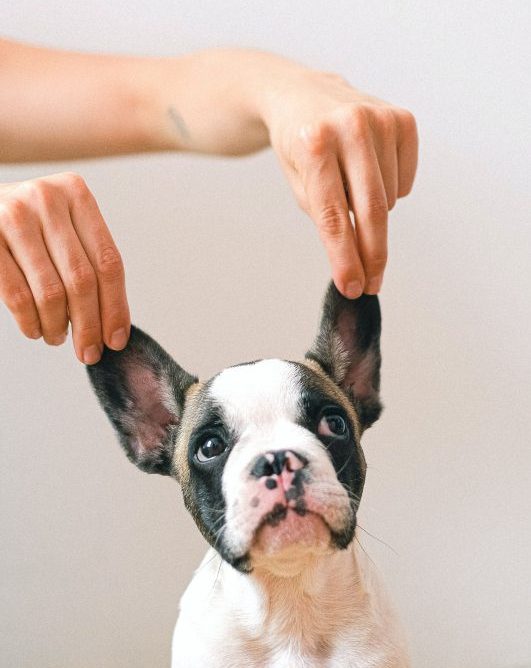 Floppy ears of puppy being held up

Since then we have selectively bred dogs for different aesthetics, temperaments and jobs. St Bernards were used in the 17th century by Monks from the Hospice of Saint Bernard as guard dogs and to search for travellers in the Swiss Alps. Their large build made it easier to stomp through the snow whilst their keen sense of smell led them to stranded victims. Bullmastiffs were used to patrol large estates with groundskeepers to track down and detain poachers. A favourite of French Kings; Bloodhounds used their incredible scent tracking abilities on hunts. Breeds such as the Sheep Dog and even Corgis were used as livestock herders alongside farmers. Yorkshire Terriers helped miners rid their workplace of rats and other rodents whilst fearless Dachshunds served farmers by burrowing for badgers and foxes. 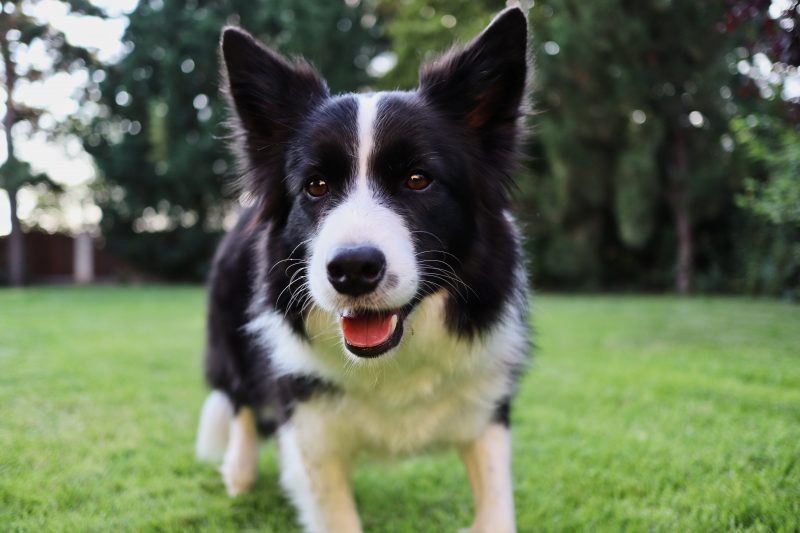 Every Good Boy Deserves a Job

If you look up your dog’s ancestry you will likely find some sort of job that they carried out alongside humans. These traits are still very much part of their DNA so a great way of keeping them happy is to give them that purpose back. There’s a reason dogs love fetch so much, it resembles retrieving pray for humans. A ball flinger is a good way to save your own arm, just be sure to warm up with some walking first and don’t go over the top with your number of throws to protect their joints in later life. Soft surfaces like grass or sand are always better than concrete too. Scent dogs will be delighted if you set up a trail for them. You can mark the route by dragging something smelly along the ground (essential oils, meat or even a familiar toy) and at the end of the route place a reward like the toy itself or a tasty treat. Lastly, one of your canine’s oldest instincts is to simply travel alongside you so be sure to take them on plenty of walks. Even better if there are areas that you can let them off the leash to stretch their legs properly. 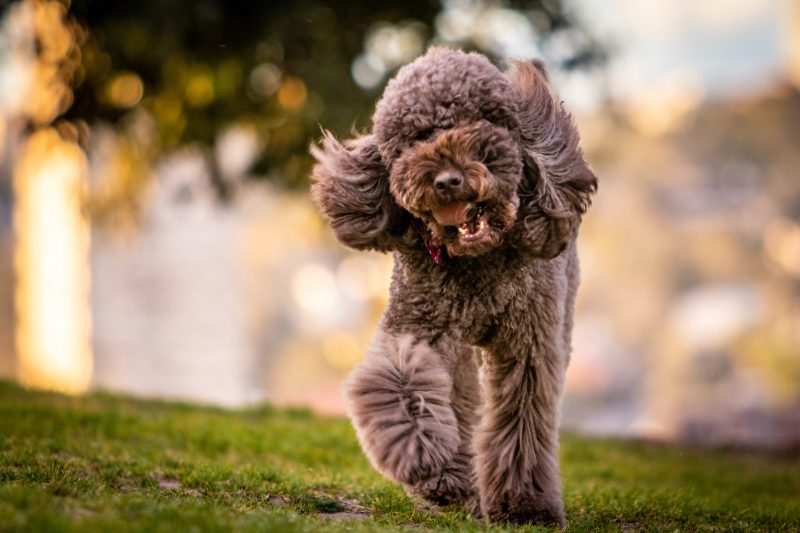 What Big Teeth You Have…

For most dogs, keeping them busy and exercised in these ways will solve chewing problems but not all. Some dogs resemble wolves a bit too closely when they are left alone with their dog bed. A dog’s teeth are capable of getting through just about anything that scissors can cut, and that’s why we made the Really Tough Tuffie – a dog bed so strong that you get your money back if it’s chewed through. That sounds like a challenge I hear you cry! The edges of the Really Tough Tuffie are rounded and too wide for even large dogs to get their jaws around. There are no corners to grab on to and if they dig their way through the fabric it can be easily replaced. 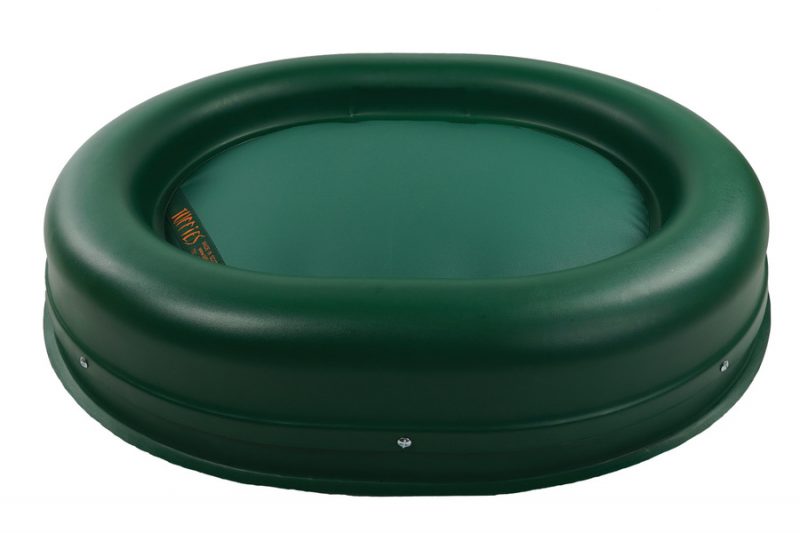 So there you have it, every day is a school day! 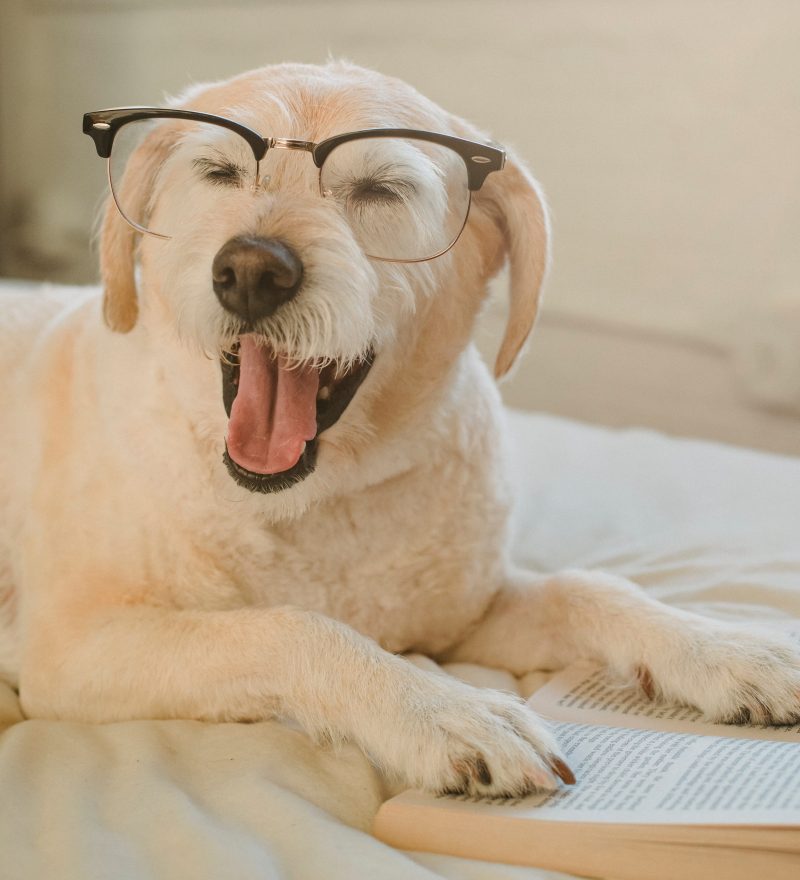 Dog with Glasses on Reading a Book