Had a perfect 3.5 hours on the moor yesterday. Tippex and Gollum worked perfectly and this, lower, moor was stacked with well grown, healthy and strong grouse. It would seem that the high moors have taken the hit of June’s terrible weather and all the birds have lost their chicks early. Then they all bred again, but they now have small, weak chicks that are not good for shooting and are not even very well prepared for autumn and winter.
So it was good to see a moor with successful birds. In the time we were there, the ‘keeper and I with just Tippex and Gollum, we flushed just over 100 birds. I was there to take photos and to count the grouse. Unfortunately I got the wind direction wrong and ended up taking all the pointing photos in to the sun, which sometimes makes really interesting photography, but mostly just makes it really difficult. However, the dogs worked great and here is Gollum at one of his flushes. 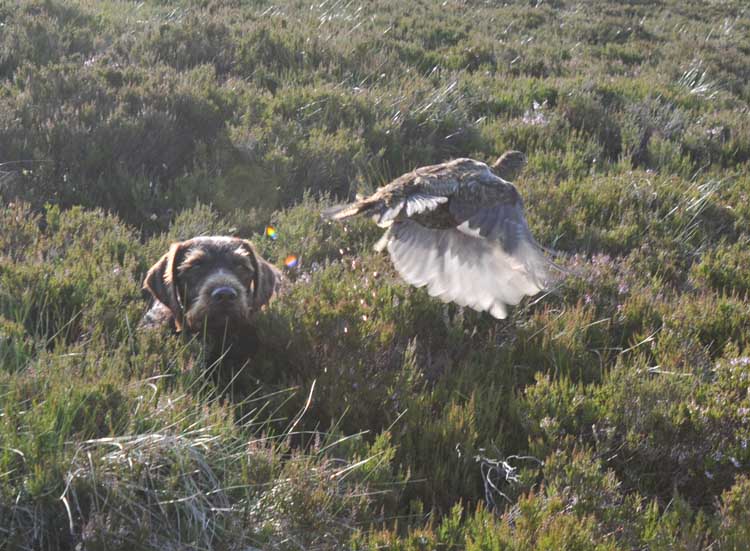 The next picture is hilarious as he looks at me with submissive nose-licking saying “I’m a good boy, sitting to the flush”.

Of course, if the bird had been shot, he would miss marking where the bird fell and would have trouble finding it to pick up. Under normal circumstances, I would be positioned behind him and he would most likely mark the fall.

It seems like I am highlighting the faults of the day and here is another little embarrassing picture where Tippex tries to grab the bird, but the following picture shows that, when I blew the whistle, she hit the deck. 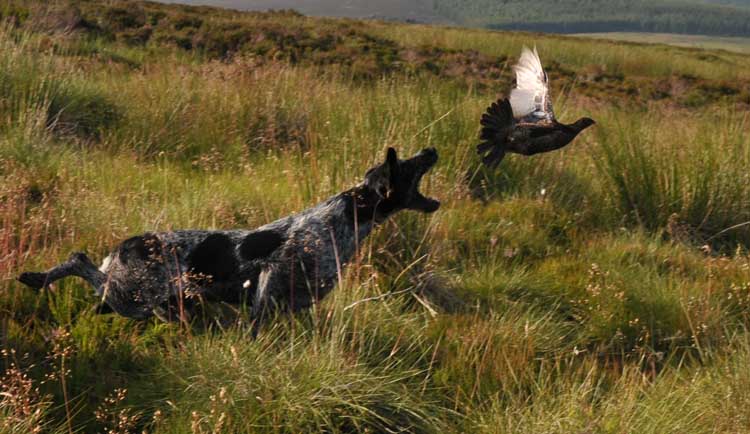 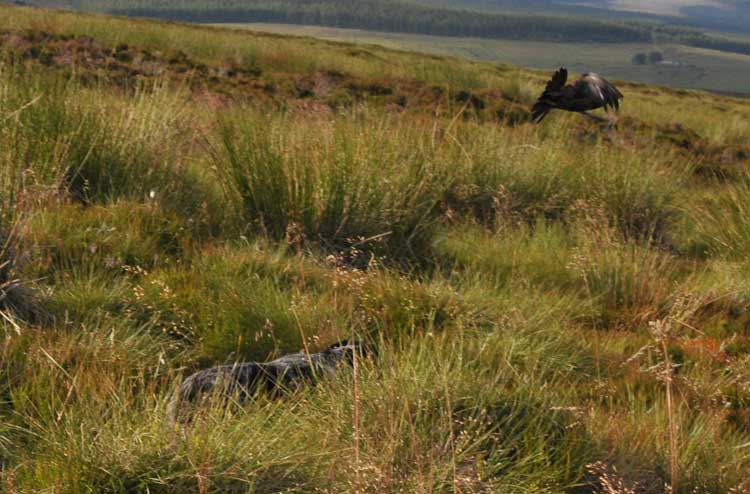 The reason for her ”misbehaviour” was mainly the fact that the birds were sitting so tight. By the time they flushed, they were almost 10cm from the dog’s mouth…. That’s my excuse anyway.

Here she is, perfectly still at a larger flush. She found these birds almost at 200metres off and there were 18 birds all together. 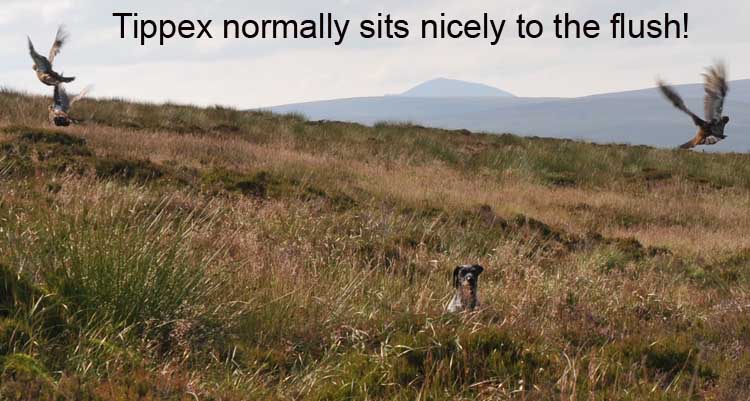