The Hunt-point-retrieving dogs (HPRs) have lots to do all year as we count grouse pairs and run spring pointing tests in February-March whereafter the season goes seamlessly over to Working tests.
I took Tippex and Gollum to the spring pointing test at Drumochter. There were 23 dogs running and just four were graded. Tippex took a “Good” and Gollum had to go home empty-pawed. Gollum had moved forward to find a pair of grouse and after a perfect handling of the game, I made the mistake of casting him off again, not thinking about the ground he had missed. A bird lifted from ground behind him and we were out.To be fair, he did also hunt a bit too forward and missing ground that way. Never mind, I was very pleased with Tippex, who didn’t miss any birds, but was only given a “Good” because she was “borderline under control”. Well, yes, she was rather keen and deaf on the day.

This Saturday I took Gollum to a working test, where we do not work the dogs on game, but instead there are tests set out using dummies. For example, a dummy is thrown with a shot, but you have to send your dog in a different direction to find a “blind” and handle him about 100 meters out to find it. The dogs also have to cross the water for a blind and finally they should be hunted over ground just to show that they will cover the area systematically. There is no game where we do this as we can’t disturb any birds now. There were three classes: Puppy, novice and open. Guess what….. Gollum won the open. 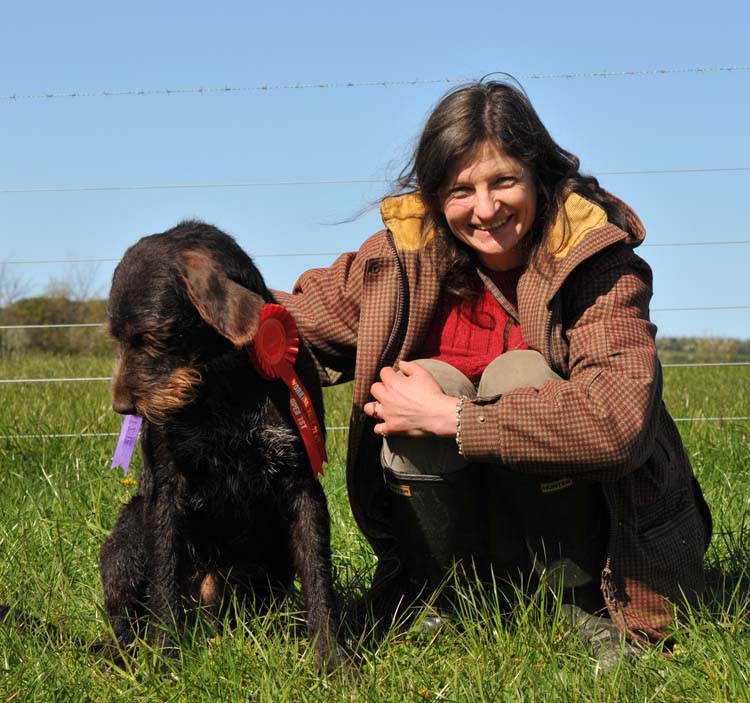 That same evening, I was driving home from visiting friends and came across a road killed roe deer. I whipped it in the back of the car and gralloched it at 1am. This was to be dog food, but I have to say the fillets went in the freezer for our selves. There was hardly anything left at the end: some intestines and the skin. All the rest was in the freezer and given to the dogs as special treats. The stomach seems to be of the highest order of delicacy. It’s basically fresh deer tripe with chewed grass. The effect was smelled that night in the living room…….

Gollum got the head 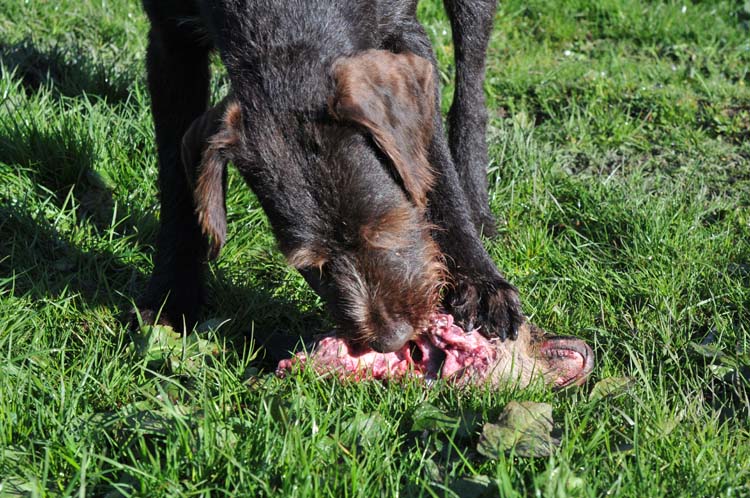 The bottom half of the back legs also went in the dog garden and were much appreciated. Here is Tippex with one, feeling rather smug. 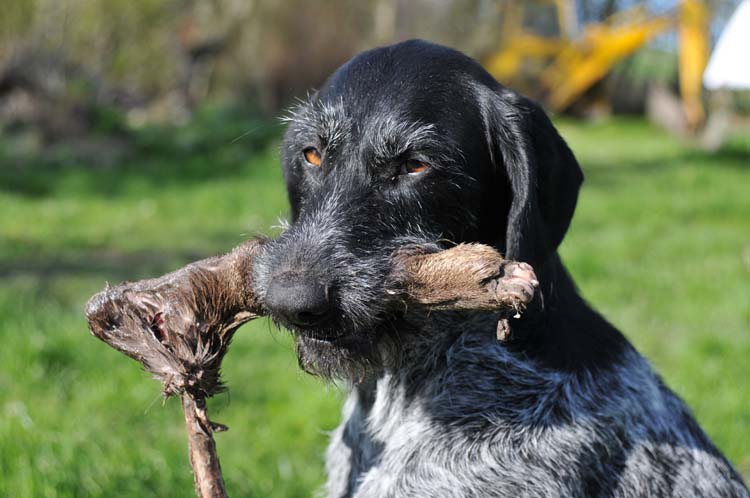 It takes all day to “deal” with these bones. They chewed off the hooves quickly, there must be something in them that is particularly attractive. Finally there is the whole fun of digging them down in some secret place….. then go and dig them up again and move them to an even better place. I think those bones have been buried 10 times each during Sunday. Today it’s pouring with rain instead and everyone is fast asleep in their kennels on their Tuffie beds.