Well, I just thought it would be nice to show what happens to a stags head when left in the garden with the pack of four dogs.
Tippex, who is establishing her self as the matriarch, investigated the head as I left it there. She picked at it a little bit, but was not too bothered and it looked like hard work. However, being the Queen Bee, nobody else could have a go, so the head sat there for a few hours, where nobody was allowed near it for Tippex. Vulin, the previously dominant bitch, could not get near it despite being desperate for a go (Labrador!). 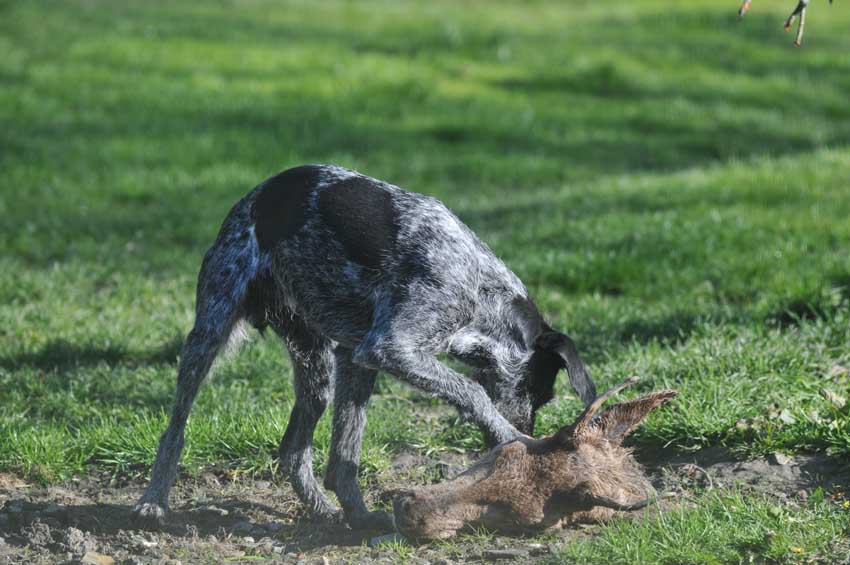 She really looks like a dog in the wild here in the morning mist, keeping an eye on what else is going on (cyclists coming past on the road….?) 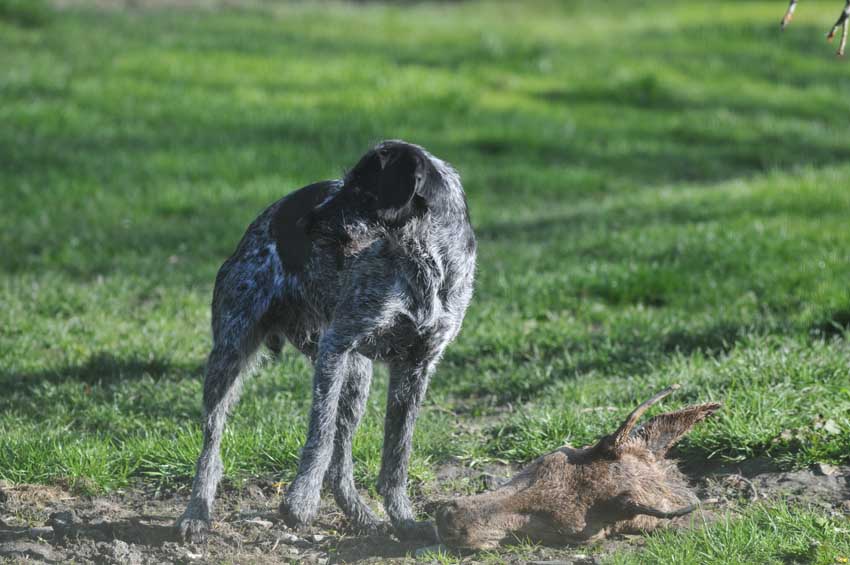 As I have only little patience, I decided to whack the head to make it a bit easier for the dogs to get into it. This then gave Tippex the incentive to work at it and when she had exhausted herself by chewing on it, the others had a go, in turn. Only Alice, who is the self confessed absolute bottom of the pack, did not take part. She is the one, who might, when EVERYONE else have lost interest in a bone, grab one and take it into her kennel to chew on it a little bit.

This is the stag’s head 24 hours later: Tippex had renewed her interest in it after a nights sleep, but by now there was just the horns, the skin and some of the bone left: 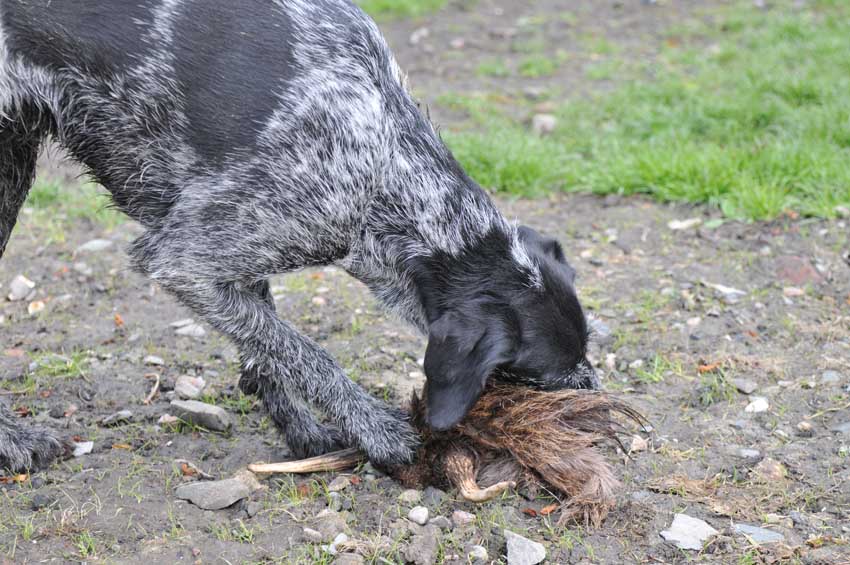 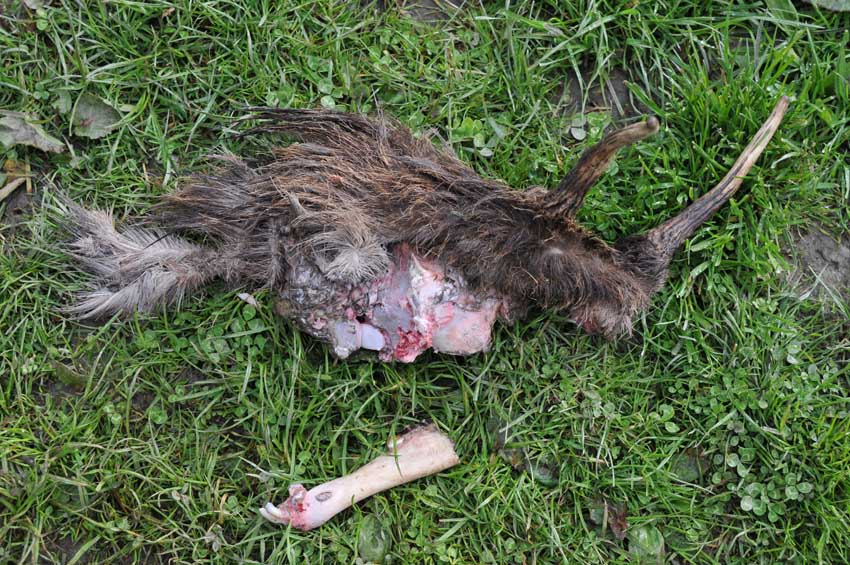 Two days later, this is all that was left. Someone ate the skin off it and they certainly seem to enjoy the bone for all the minerals etc. 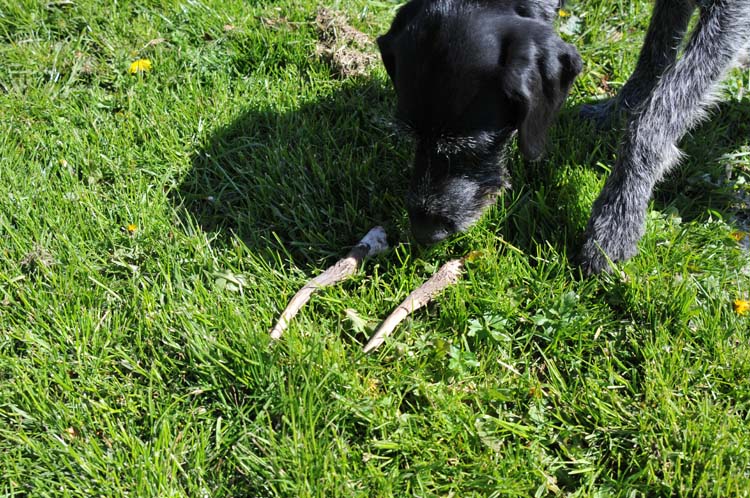 It is wonderful to see them get really tired from all this chewing. Their teeth get all cleaned up and they are having a brilliant time. The Raw Food diet is great. I also give them cabbage and carrots, but I tend to boil the carrots as they otherwise go straight through them. If I chop up cabbage in the kitchen, they all scramble to get in to check if anything falls off the table top.
My dogs eat loads of raw bone and have access to grass in the garden all day to keep their stomachs right.