It all happened this weekend. We drove from the North of Scotland to Harwich on Wednesday and sailed across to Esbjerg over night. Spent about six hours in Denmark where new puppy, Gaia, was handed over. 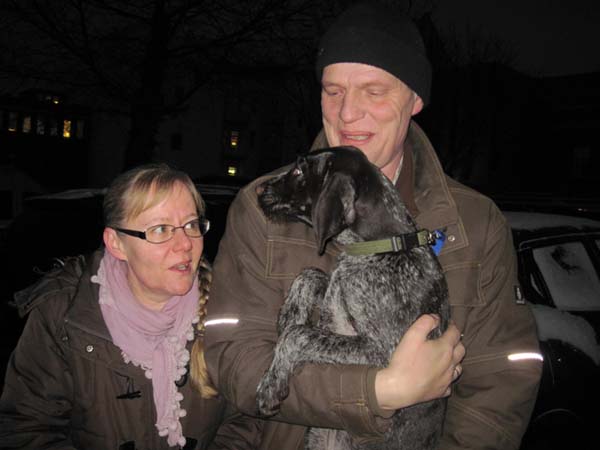 She took it all in her stride. Separation from her family and driving in a strange car. We got through the passport point, where she was scanned for her microchip. On the ferry she was in her car cage on a Tuffie dog bed and that was it. You are allowed to see your dog after a couple of hours, then again at 11pm, but then there is no contact till 8.15 the next morning. The “walks” are on the bare car deck, which is a scary place when you are 15 weeks old. 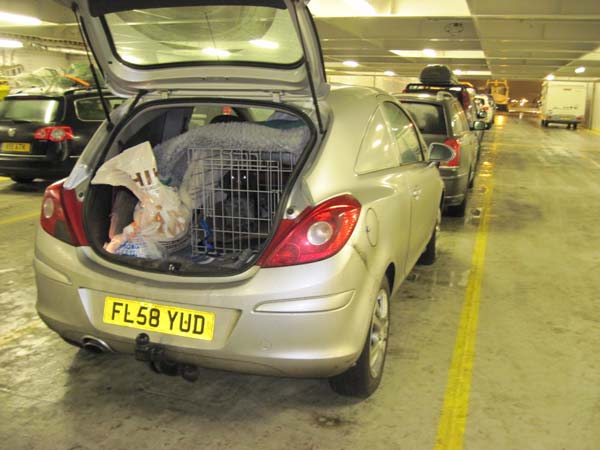 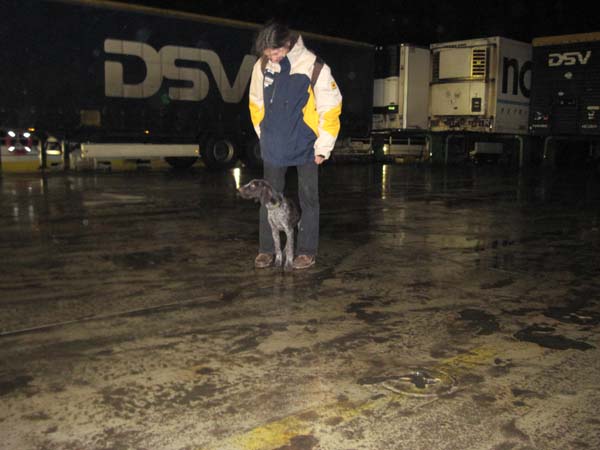 When you shut that big door to the car deck, there is no way of knowing how much they howl. It might be hours, you’ll never know.

We got to Harwich and the passport was checked for vaccinations and microchip was checked again. It took 12 hours from the ferry till we got home, where we had carefully planned that she should sleep in the car and then be introduced to the other dogs, one by one, in the morning. That all went to pots when we got home. We put the log fire on, got a G&T and allowed the dogs to say hello. It was amazing to see the four grown dogs. They knew that this was NOT a visitor. First they all ignored her. Then they went into the sitting room and sat on their dog beds looking at me in the other room, where I was with Gaia. Eight ears all up, looking in silence. 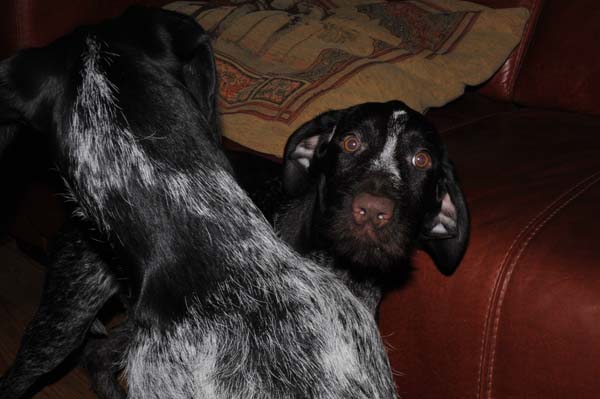 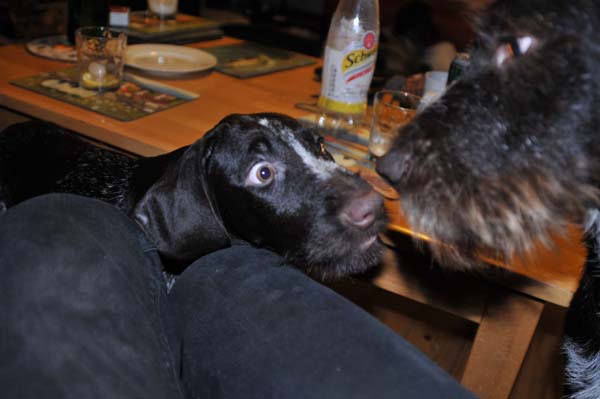 As we sat for a while, they all, one by one, came over to sniff the baby. The funniest moment came as Vulin, the old Labrador of 14 years decided that a puppy was totally inconvenient and went out of her way to growl. Lying on her dog bed, she just growled nastily when Gaia was anywhere near. Tippex, top dog, thought this was too much, so when Gaia came too close to Vulin, Tippex went over and put a paw on Vulin and growled at her! As to say “stop that nonsense. This is a new family member and I welcome it. Don’t you dare growling”.

There was a great deal of crying on the first night, but it’s to be expected.

On Saturday and Sunday we had lots of fun and the Kongs were gratefully received, full of mince and goodies for entertainment. 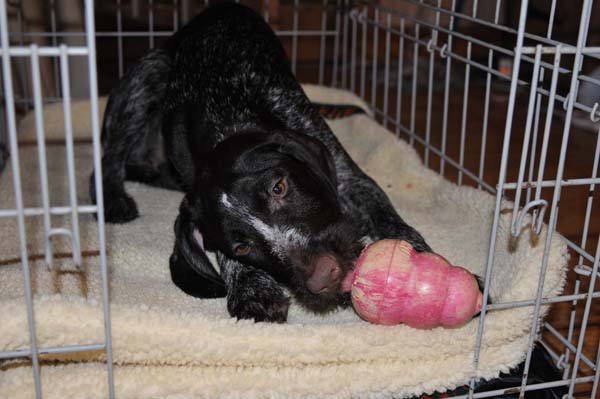 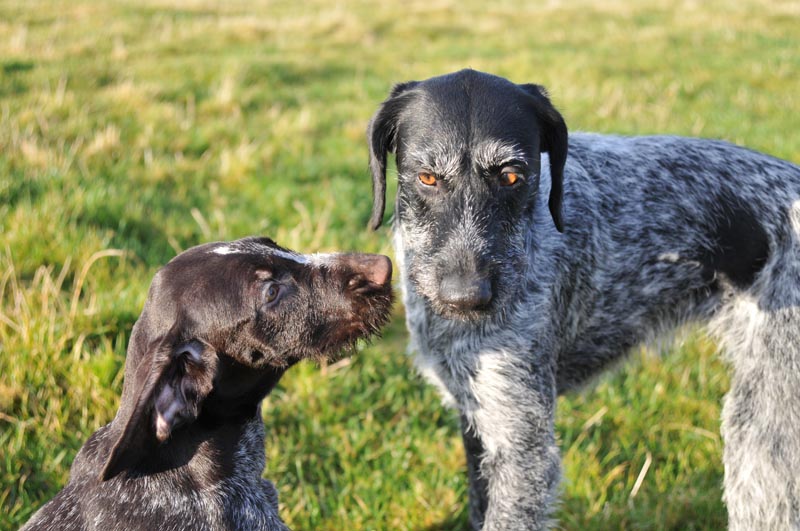