After all that work, it paid off. …Gollum (Trudvang Faurbauste) got the first prize at an All Age HPR field trial stake yesterday. This was also a fantastic victory for Chris Gray, who bred Gollum as his own dog, Trudvang Balder, got second prize. There were no third and fourth prizes, but two certificates of Merit awarded. 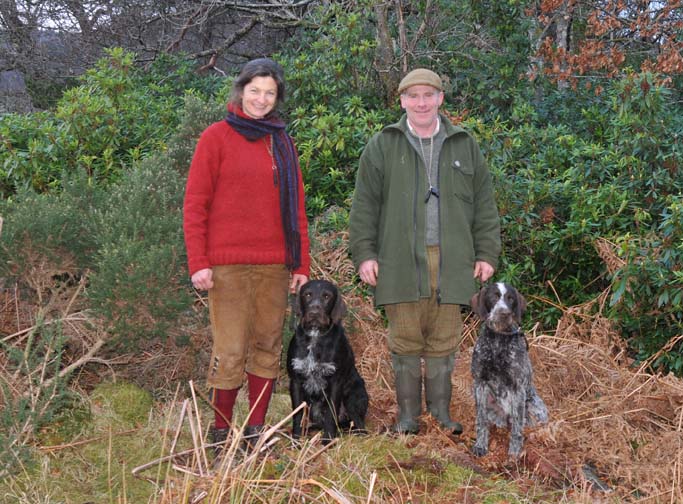 There is no doubt that you need a little bit of luck on the day and yesterday everything went just right for Gollum and me. There were 12 dogs running and he got two runs that he solved perfectly. I was lucky that we found birds very quickly on both runs, so it was short and sweet. Well, it is good to get birds quickly, but it can also work against you as the danger can be that the dog is slightly headless when you first cast it off and therefore bumps the birds and fail to point them, but Gollum seemed to keep his head cool.

After my two runs without faults, I was asked to send him for a third bird that needed to be picked up quickly. Once that was done, Gollum qualified for the water retrieve, which was tricky as the dogs have to swim across a river “blind” and, once they are across, take directions from the handler in order to find a pheasant on the other side. In this case the banks were steep and all four dogs that had qualified for the water test struggled to get up on the other side. Gollum has developed a habit of picking up his bird and then start running to find the bridge…… I struggled a bit with getting him to return back, but he did it in the end (getting himself awkwardly through the rapids).

Such a nice feeling when you have worked hard to get the dog trained.