Time to get the young dog on the moor.

So Gaia is ready to get going on the moor. We went out to have a little, tentative trial run a couple of days ago. It is quite hot, but we started at 8am and just had a couple of hours, so the dogs didn’t get overly hot. We obviously carry water and stop regularly to let them take what they need. 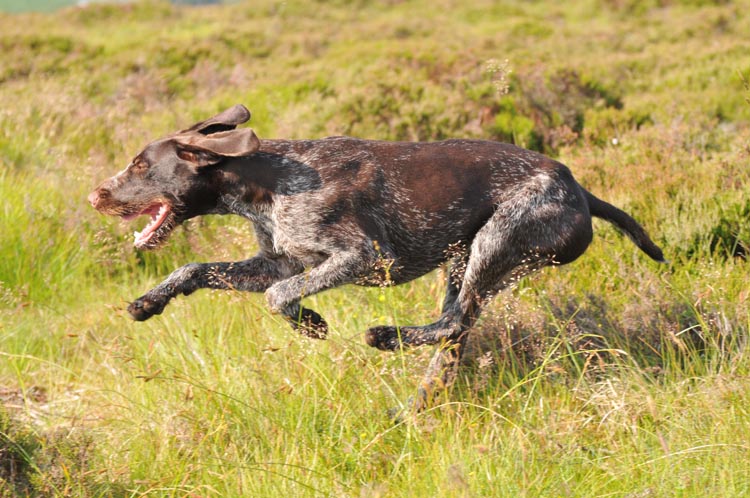 It takes a lot of fitness to run in the taller heather and with such a young dog, a couple of hours, running only 10 minutes at a time (alternating with Tippex), is as much as I will allow. 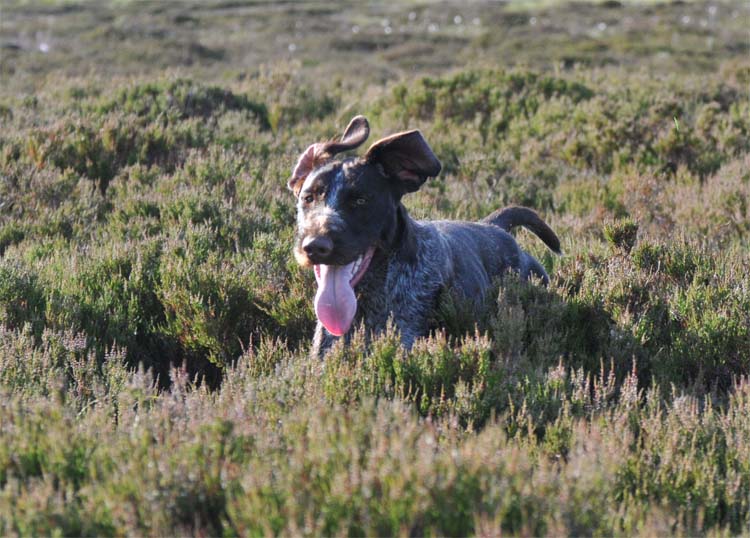 Finding game was not my highest priority as I was simply looking to get her to run in a nice pattern into the wind and remain in control. I kind of wished to come across a hare or a deer to test my control of her sit command, but we didn’t see any. All I needed was a good run to see if she would turn nicely into the wind and instinctively run across the wind. This was all good and it’s nice to see the potential of a young dog.

She came across two opportunities to point: a pair of grouse and later two young birds, but she ran smack into them and then sat on the whistle. It’s a start. I then went over to her and put her back where I would have liked her to have stopped and praised her there.

I like the idea of using an older dog to give the young one some ideas and when Tippex went on point, I put Gaia up behind her to see if she could catch some of the scent that had stopped Tippex. Some dogs “back” other dogs automatically, but not Gaia. Once she is up there, she needs a lot of “steeeady!” command to get her stand still and not just pile in and snatch the point. In the first picture she has moved too far forward and in the second she is in a better place. Check out the concentration in Tippex’s eyes!! 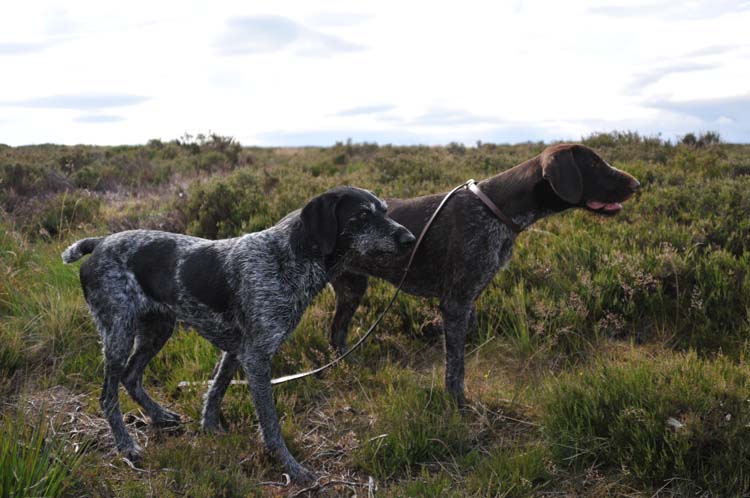 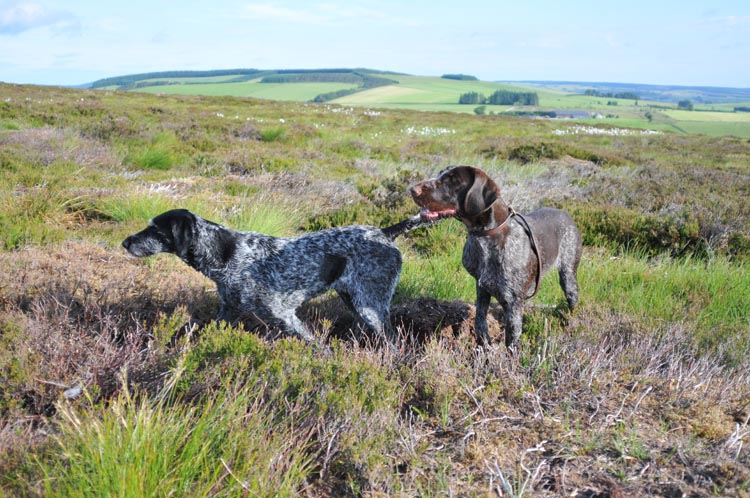 The day was Gaia’s first introduction and it was also important to let her learn the cooling down methods from Tippex. This dry weather had reduced the number of waterholes, but they made the most of what was there. 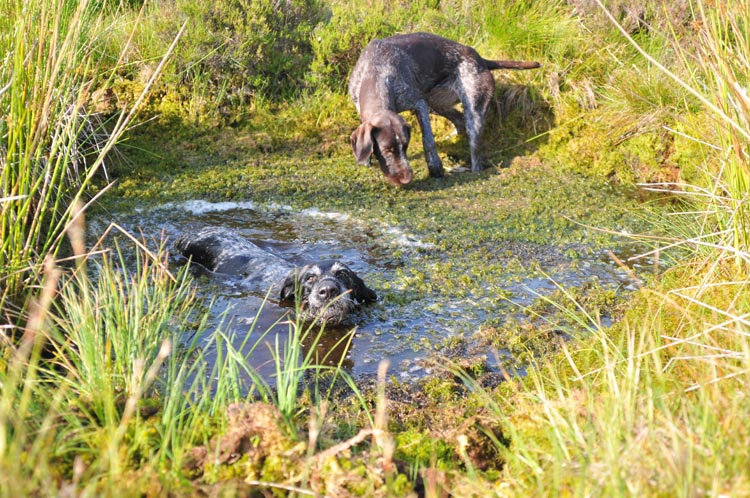 On the way back to the car, we had the odd little retrieve, but the enthusiasm was dwindling as she was getting rather tired. 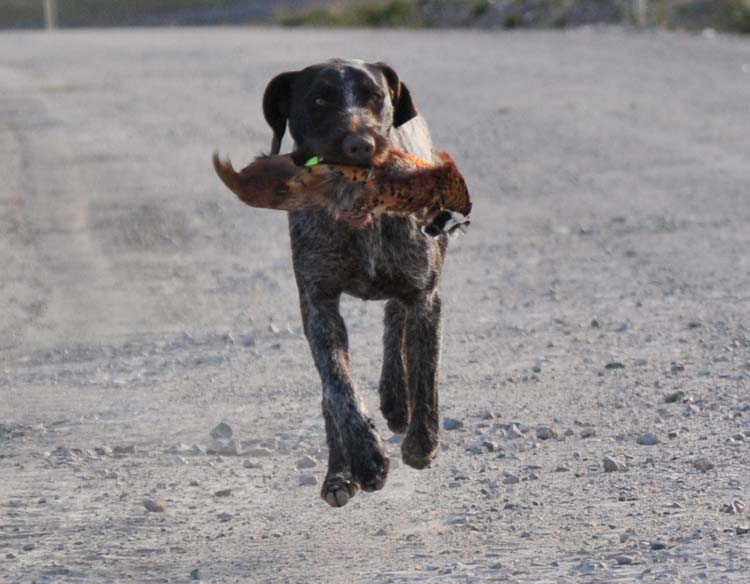 Next week we will be counting a few more places and I am glad to say that my fitness training of Tippex, who is now 8years old, has paid off. She has stamina and looks great.

More to follow now that the season is nearly upon us.