A bit of a funny story to contrast the most appalling experience a dog owner can have: We were called by a customer, who told us that he wanted to buy another one of our dog beds because his one had been stolen. He had attended an outdoor fair and the back of his car had been broken in to where the thieves had taken his Tuffies dog bed. There was a Barbour jacket lying beside it, but they had not taken that. Kind of funny and of course flattering to us as our dog beds must be extremely attractive. Luckily he had his dog with him at the time.

However, there is no joking about dog theft, it is experienced every day by dog owners in this country and something has to be done about this terrible crime. I have children and losing a dog would be NOTHING compared to losing a child. But still, we all invest an enormous amount of love in our dogs and the thought of having one stolen is a terrible thing. Out of the two scenarios, having it stolen or killed on the road, I would always see the road accident as a better option you would be able to get over. If a dog is stolen, you will never know if it is being kept in terrible conditions with no dog beds to sleep on, producing puppies four times a year. Our dogs spend a lot of time in the garden, but never if we are not in the house. If we are out, the dogs are behind lock and key with CCTV and burglar alarms installed.

Whatever happened to the idea of having a guard dog to protect your property? The biggest danger these days seem to getting the guard dog stolen. It’s insane.

We all invest a lot of money in our dogs, buying the best dog beds and the best dog kennels, so we must also invest in the best anti-theft devices possible, such as locks and CCTV. Once the dog is gone, it’s gone.

I would still insist that the best method for stopping dog theft will have to be through harsher punishment. At the moment, as far as I understand it, the theft of a dog is seen, by the law, at the same level as theft of a bicycle. It’s an object, which you can replace by paying some money, but it is NOT. We love our dogs ALMOST like children and we kiss them good night (don’t we???) on their dog beds as we go to bed, we say good morning to them as we get up and in my life at least, the dogs are the first creatures I see and talk to in the morning and they are the cause of my first smile of the day. When I get in to the dog room in the morning, they all say good morning in their own way from their warm dog beds. Gaia is the funniest, she closes her eyes in super submission and wags her tail. Tippex doesn’t stir, but you can hear her little tail hammering at the base of the dog bed while Gollum rolls over in a morning sigh to get his belly scratched. 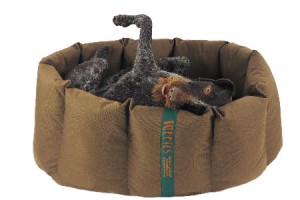 We love our dogs and the law ought to change so that the punishment for stealing a dog is much harsher than that of stealing an object.