Must be the Luxury Dog Beds

Here is Pontus, he won his Puppy Class and came second in the Novice class at our Working test last weekend.

Pontus holding his rosettes from his wins.

I took Pontus to the competition on Sunday and he thought it was great fun meeting all the other dogs. A lot of the competitors also have Tuffies dog beds to sleep on and to travel on their cars, so to be honest, Pontus’ performance was probably mainly down to the training we have put in.

The puppy test was very easy, doing a little hunt in the trees where he turned quietly and kept an eye out for me. I was asked to sit him down at a distance and he duly did so.  He then had to walk out with me where I threw a dummy and walked back with him. He then had to run out and get the dummy, it’s called a memory retrieve. Here is pictures from last week practising this. 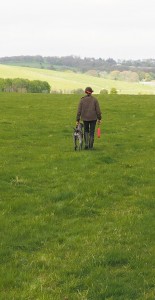 Walking out with dummy. 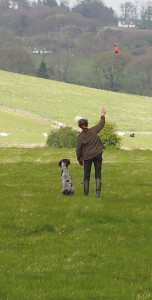 Throw and allow the dog to mark the fall.

In a competition you have to wait till the judge tells you to send your dog. 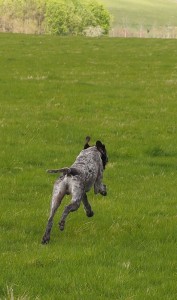 Looks like he still remembers where we left it. 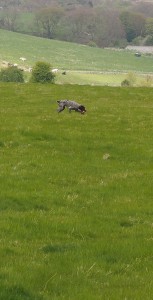 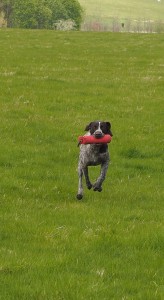 There were five exercises in each class and he just managed the split retrieve. As Anne, who judged, said, it is a sign that most of us train dogs without a helper because when one dummy has been thrown, the dog just looks at the handler and does not take any account for the next one landing. I had to handle Pontus out as if it was a blind, so it became a little messy because he is not quite used to that.

The little working test is always a nice occasion and I missed it last year because I was whelping Gaia exactly on that day.

Tuffies always donate one of our luxury dog beds for this competition and it’s a big draw for the raffle.