Fiona Watts found the perfect job for her people pleaser German Shepherd as a Therapet in the North East of Scotland visiting hospitals, care homes, airports and schools in search of anxious and vulnerable people. Armed with a bandana, glow in the dark lead and a travel dog bed, the duo eventually became Area Representatives and award winners. 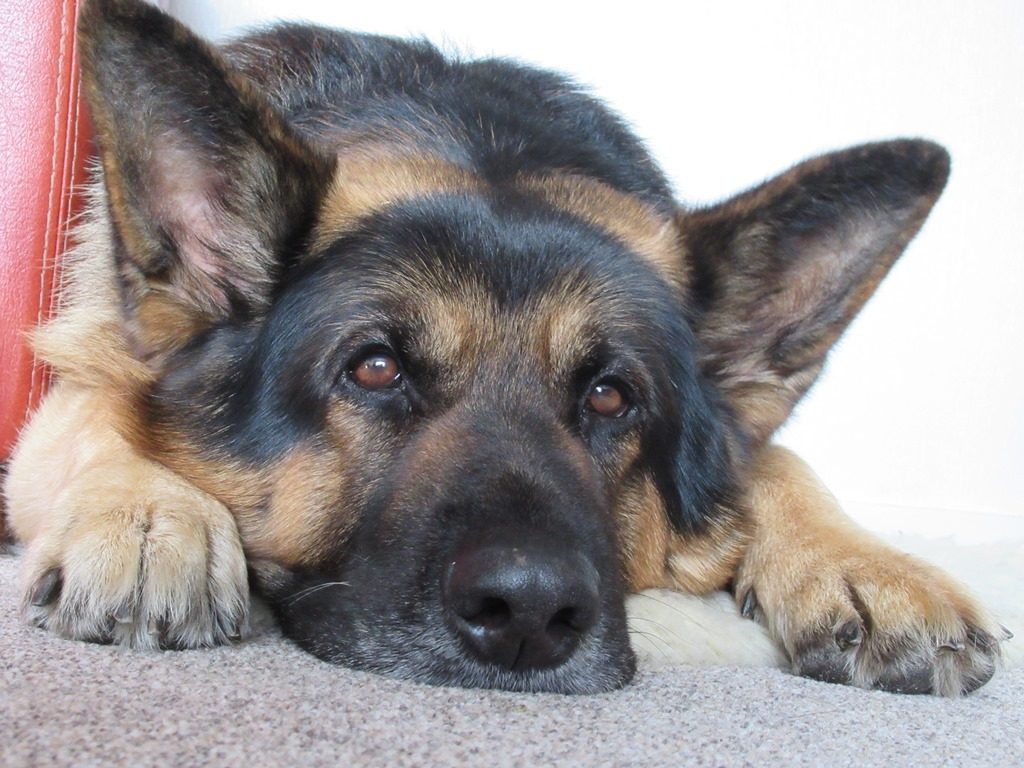 In Bruno’s early years it wasn’t very obvious how to keep him busy. He was a difficult puppy with lots of energy and enthusiasm for people, especially children. When he was a bit older Fiona tried him at agility training but his back was too long and he wasn’t the sharpest tool in the box when it came to obedience. She didn’t find his true calling until a friend mentioned Therapets; a job that required confidence, calmness around other dogs and above all, friendliness towards humans (including children). Perfect.

Without hesitation Fiona started Bruno on his new career which involved filling out an application (Fiona did that part) and being assessed by a local Therapets Rep. Therapets can come in any size from Miniature Chihuahua to Scottish Deer Hound but they must be well socialised. By the time his assessment came along Bruno’s puppy excitement had levelled out whilst his love for people and children continued to grow. He aced the interview and was officially on placement. 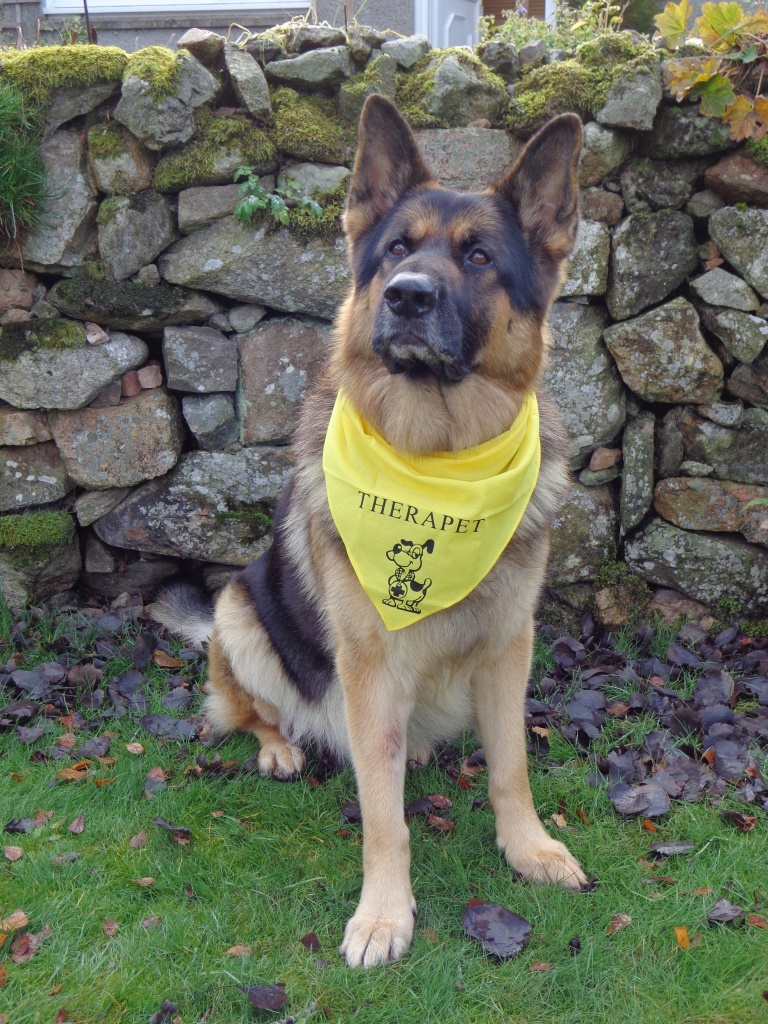 Playing to your Strengths

Therapets are used in a huge variety of places where people are likely to feel anxious or need comforting. That includes hospitals, airports, universities, care homes, schools and many more. Canine Concern Scotland make an effort where possible to offer a ‘bespoke’ service where a specific dog is selected depending on the environment. Bruno’s obsession with kids made him the perfect fit for a weekly Wednesday trip to a nursery where he accompanies the children on their walk. As well as soothing the more apprehensive pre-schoolers he helps with behaviour and willingness of the kids to enjoy the outdoors. You’d have to be a very stubborn five year old to turn down a walk with a friendly German Shepherd! Of course not everyone is a ‘dog person’, but if you’re first encounter is with a dog like Bruno there’s a very good chance you’ll change your mind.

Fiona also takes Bruno along to primary schools where the kids will read to him. Confidence is a big part of getting kids to practice reading so the fact that he will sit and listen without correcting mistakes goes a long way. Travelling between venues means that Fiona and Bruno spend a good amount of time in the car. If you and your pup do plenty of miles it’s a good idea to section your boot space and use a travel bed that folds to fit and doesn’t slide around on the bendy country roads. If you’re going to keep the same car for a while then you might even take consider taking measurements and having a bespoke dog bed made. Remember to also open a back window slightly so that they don’t get too hot and can enjoy the sounds and smells of the outdoors along the way. If you like listening to loud music then be kind to your dogs sensitive hearing and change the rear speaker settings down or off completely – they would thank you for it if they could!

Just like humans with jobs, dogs needs their own time at home to rest. Fiona is now an Aberdeen Representative which means assessing new applicants for their suitability as Therapets and she often tells new handlers to expect their dog to be exhausted after their first shift. One of the best aspects from the dog’s perspective is to experience lots of new smells in busy areas, but it’s also mentally and physically demanding and by the time they get home they will sleep for hours. It’s also important not to overwhelm young dogs so that every outing is a positive experience and not a chore. Here is Bruno’s little brother, Leo, on his puppy bed who is ‘working from home’ at the moment. He hasn’t quite figured out video conferencing to the level of Andrew Cotters dogs yet but does appreciate their choice of Tuffies Nest in the background! 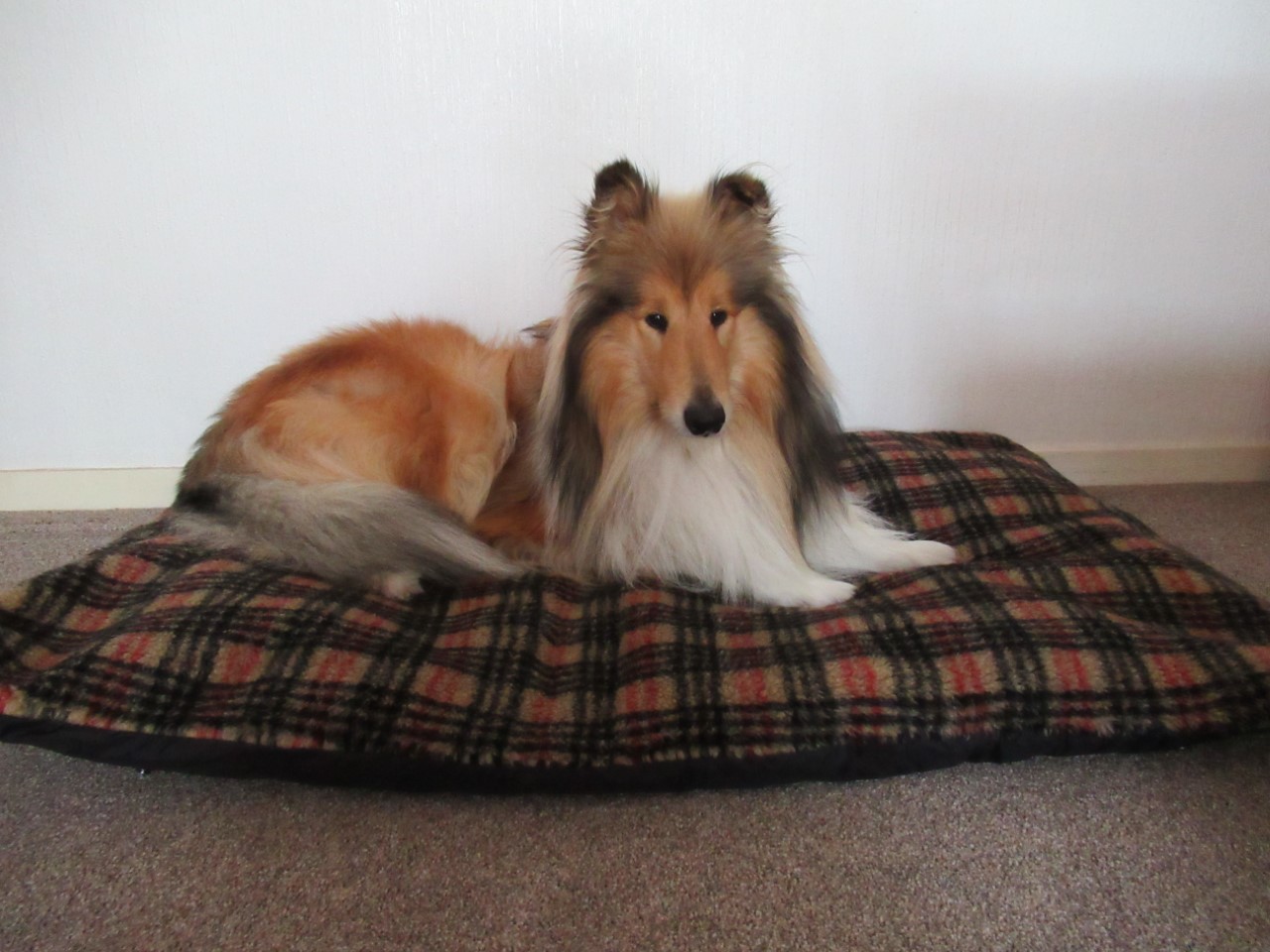 I asked Fiona what impact Bruno and his fellow Therapets have had on vulnerable people’s lives and the list was endless. Dementia sufferers will suddenly spring into conversation about dogs they’ve had in the past, sometimes even bringing their carers to tears who remark that they “didn’t know any of that about their past” and that the patient “hadn’t spoken to them in a week”. Hospital patients with physical limitations try their hardest to reach out and touch whilst those who struggle with speaking utter any words they can to the dog. My favourite quote from Fiona though was that whether it be in an airport with someone worried about flying, a university with someone worried about exams or a care home with someone suffering illness, these dogs “bring motivation to those that look like they are giving up”.

Bruno came third place in ‘Therapet of the Year 2018’ and as a good boy that takes his career very seriously, I’m sure this won’t be his last podium!